Mars Whisky!
Mars is one of the oldest whisky companies in Japan. Even though Mars started distilling in 1960 in Yamanashi, the buying and selling of whiskies date back to 1949! For a whisky company with 2 distilleries (Shinshu Distillery and Tsunuki Distillery ) and 3 maturation sites, it could be confusing sometimes! So with the help of Hombo Shuzo and Barworks, here’s a guide!

Note: The names of various locations are in colour because it can indicate which distillery or ageing site it is from, similar to Uigeadail or Inchmoan.

The distillery is in Miyadamura, Nagano prefecture at the foot of Mt. Kiso Komagatake. Shinshu distillery started making whisky in 1985 and was mothballed from 1992 to 2011. Mars whisky uses both peated and unpeated concerto barley from CRISP maltings in the UK, with 4 different peating levels at 0ppm, 3.5 ppm, 20ppm and 50ppm. After milling the barley, the grist goes into a stainless-steel 8000L lauter mashtun, along with a stream of hot water to extract barley sugar. The sugary and clear liquid that the mashtun extracts is called the wort. The wort is cooled down and subsequently enters a 7000L washback with a combination of distiller’s yeast, ale yeast and slant yeast. 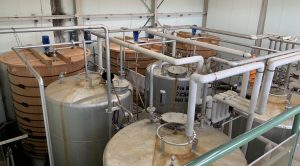 In before 2016, the fermentation period was 3 days long, however, this fermentation period was increased to 4 days, so as to allow more flavours to develop. Shinshu has 5 cast iron washbacks and newer 3 Douglas fir wooden washbacks. After fermentation, this strong beer called wash at 7-8% alcohol by volume (abv) goes into a 6000L wash still for distillation. Both distilleries use indirect heating for their stills as it is energy efficient. The distillate is called low wines with an abv of 21-22% and is cooled in a shell & tube condenser before going into an 8000L spirit still for the second distillation. 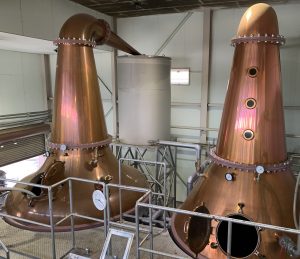 This distillate goes through a worm tub, which will contribute to the robustness of the spirit character! The new make strength is around 70% and diluted to 60% before filling. 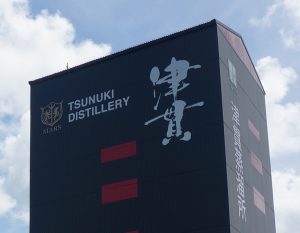 Mars Whisky’s second distillery started in 2016 and lies on the southwest side of Kagoshima called Tsunuki. Similarly to its sister distillery, Tsunuki Distillery uses both peated and unpeated concerto barley from CRISP maltings. The milled barley goes into a slightly smaller 5000L lauter stainless steel mashtun with hot water to produce a clear wort. This wort goes to one of 5 wash stainless steel washbacks in the distillery. The same yeast varieties and fermentation times are utilised, therefore, Tsunuki Distillery produces wash with a similar abv as its sister distillery. 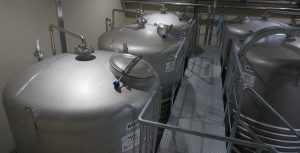 The distillation is somewhat similar to Shinshu distillery, except that both stills in Tsunuki Distillery use a worm tub condenser. The new-make spirit has the same abv range, and similarly, Mars whisky keeps the filling strength consistent at 60% abv. 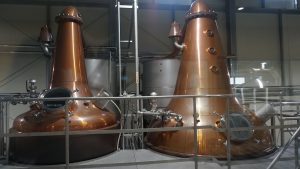 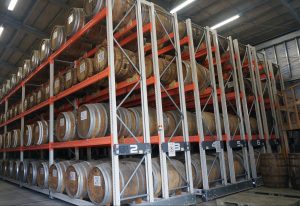 There are three ageing sites, two of which are onsite at the distilleries and a third ageing site at Yakushima! Having three ageing sites would mean that there are three different climates for ageing Mars whisky. Climate affects the rate of maturation and therefore, the annual whisky loss per year, or angel’s share. One could easily compare these rates by looking at Scotch, Taiwanese and Indian whisky distilleries. With three slightly different rates of maturation, there are many more possibilities in flavours for Mars whisky. Humidity is also significant for estimating the drop in abv of the ageing whisky over time. A higher humidity would mean a slower loss of water than ethyl alcohol, which could lead to a faster decrease in abv, and vice versa. 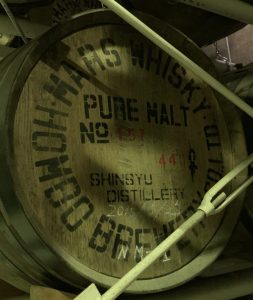 The surrounding temperature ranges from a subzero -15°C in the winter to over 30°C degrees in the summer, and an annual average temperature is around 12 degrees. The at an elevation of 798m, the humidity around the distillery is 65-67% and has an angel’s share around 3-4%. 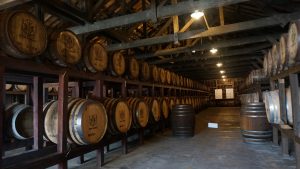 Kagoshima has warmer climates with an annual average temperature of 18°C, with a temperature range of -2°C in the winter to a blistering 36°C degrees in the summer. The humidity is slightly higher than its sister distillery at around 70-72%, with a higher angel’s share at approximately 5-7%.

The Mars Yakushima Aging Cellar is on an island bearing the same name. Yakushima Island is a world natural heritage site and located southwest of Kagoshima and still almost three times as wide as Singapore though. This dunnage warehouse stands near the coastline, so the ageing casks breathes in the coastal air. The temperature on the island ranges from 5°C to 35°C in with an average annual temperature of 19°C. With a higher humidity at 74-76%, the angel’s share is higher as well, at 7-9%. 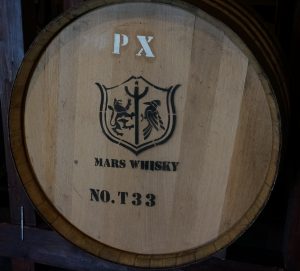 The casks at Mars Whisky are used 4 to 6 times. The Yakushima Aging Cellar contains ex-bourbon casks and ex-sherry casks. The two onsite racked warehouses at the distilleries contain other unique and exciting casks resting away. Other than Madeira casks, Port casks, and French oak wine casks, there are Mizunara oak casks, umeshu white oak casks, shochu white oak casks and even sakura casks! 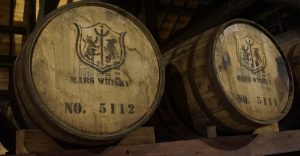 Hopefully, this article has shed light on the different variations of Mars whisky.

If you’re interested in getting yourself a bottle of Mars, you can head to Barworks. In addition, there’s also a 33% discount on the Annual Limited Edition 2019 bottling of Komagatake (from Shinshu Distillery) which you can get here! 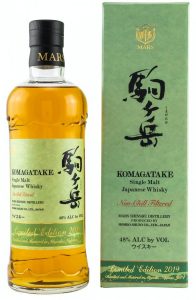 These are the tasting notes from the producers.

Special thanks to Hombo Shuzo and Barworks, the official Mars whisky distributor in Singapore for the information and the photos!