Fans of Aberlour A’Bunadh loves the deep sherry and caramel notes of these beautiful sherry bombs. We know that these are favourites among many whisky lovers just by looking at the sheer number of releases of the Aberlour A’Bunadh. The current release appears to be Batch 61!

How would they stack up against each other? Let’s find out!

Neat from the bottle
The nose is full of sweet sherry, cherry liquorice and caramel. There is a hint of raspberries (sourness) and blackcurrant sweetness hiding in the corners. Some spice lurks in the background, and no sulphur is detected. The mouthfeel is oily with sweet berries and spice mixing together at the first sip. The spice leads the way, which is unpleasant but it goes away quickly, leaving a burst of cherries and blackcurrant sweetness! The sweetness coats the mouth on the second sip to give superbly rich, sherried notes and caramel. Rich and fruity! The finish is slightly disappointing as it is not as long as expected. It gets a little dry towards the end but is enjoyable.

With 15 minutes of airing
Wow! The spice is almost gone, but the sweetness of sherry and caramel deepen. The dark berries dance around the nose playfully. The cherry liquorice and blackcurrants are exceptionally strong in the nose, but interestingly, the hint of raspberries intensify as well. Fantastic nose! The palate and finish did not change from the taste we get when we first try it neat from the bottle.

Conclusion
Batch 19 is exceptionally balanced with all the right notes in place for us. It is a typical sherry bomb, but with more surprises! The only thing that we did not like is the spice initially, but it improves with water and airing. It is very enjoyable indeed!

Neat from the bottle
Strong spice leads the nose and makes it almost impossible to get any other notes. There are caramel and sherry initially, but the spice overwhelms them almost instantly. We detect faint cherry notes and sulphur in the background, but nothing is certain. The palate is full of spice and caramel. The mouthfeel is drier than Batch 19, and the sweetness is a lot more mellow. While we get the caramel in the palate, the sherry notes are less prominent, making it a little disappointing. It almost feels like the whisky is somewhat flat. The finish is short and sulphuric! The caramel sweetness disappears in a flash and sulphur takes over completely.

With a drop of water
The spice becomes stronger, and the sweetness of the caramel, sherry and cherry is almost all but gone in the nose. It is quite horrible unless you happened to like rubbing chilli on the nose. Water does not seem to improve the palate in batch 20 as well. While the caramel appears to increase a little, but the change is minimal. The finish is still short and sulphuric with no changes even after a drop of water.

With 15 minutes of airing
Wow! Airing makes a lot of differences to the Aberlour A’Bunadh Batch 20. We detect no spice on the nose, and cherry liquorice replaces it. The sherry and caramel notes are also prominent now. In the palate, the spice returns in full force, but together with the spice comes the sweetness of the sherry and caramel. It is a beautiful combination! The finish is still disappointing though. While airing lengthens the finish, it causes it to become even more tannic and sulphuric.

Conclusion
The Aberlour A’Bunadh Batch 20 is rather disappointing. While it appears to be balanced, the notes that we get are not a typical sherry bomb. If we compare it to a sherry bomb, it lacks in many departments.

The Result of the Battle

We declare Aberlour A’Bunadh Batch 19 as the winner of this battle. The expression is more robust and balanced as compared to Batch 20 and honestly, much more pleasant to drink. The complexity is evident and beautiful to catch. On the other hand, Batch 20 appears to be more challenging and is less robust. The one thing that we dislike is definitely the sulphur that comes with it.

It is BLENDING TIME!

Nose: Sweet caramel, sherry and dark berries with hints of muskiness and sulphur. Faint vanilla (what??) floats in the background with some spice.

Palate: Straight spice but it is not overwhelming like either of the drams on their own. Then surprise strikes! Strong vanilla taste appears for a while before strong sherry notes rush in at the back of the throat. There is cherry liquorice, caramel, dark raisins and berries hitting all the right spots. The mouth is warm and pleasant. Very yummy! Oh, and there is no sulphur!

Finish: It is long and sherried. Superbly pleasant but it does get very dry in the end. Sadly, the sulphur came back at the end too.

Body: Balanced! Wow, this seems like an experiment gone RIGHT! We thought batch 19 will overpower batch 20 but looks like batch 20 held its weight. The combination takes both whiskies’ good points and makes it excellent. That extra vanilla note was a real surprise too!

Conclusion for the blend:

Batch 19 is better than batch 20 as concluded earlier but batch 20 stood up to the test in a blend. The two batches also created a new profile when mixed, which is a pleasant surprise! We expected 19 to overwhelm 20, but looks like we are wrong, in a good way! Experience successful! 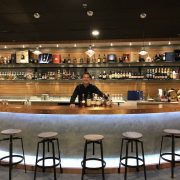 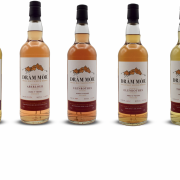 Will you drink a Scottish Highland ‘Rye Whisky’?
Scroll to top