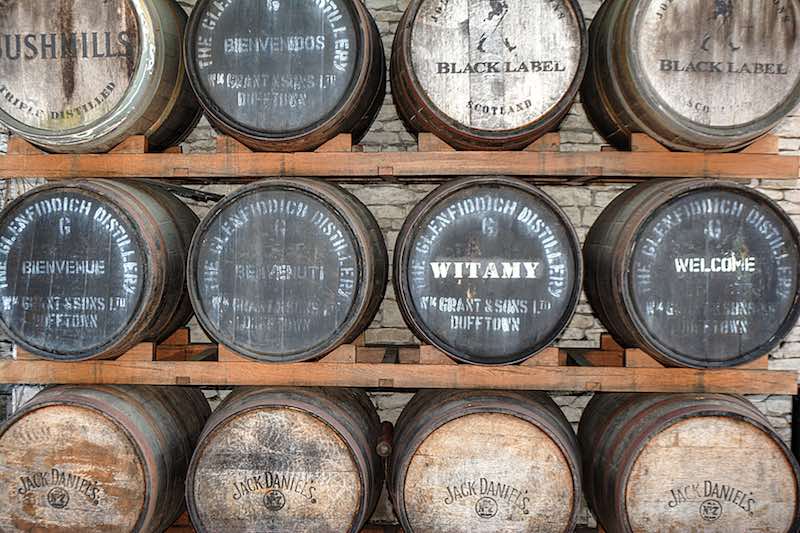 We have written about the different types of casks in our previous post, so now it is time to dive deeper into the wood itself to find out how it influences the final whisky produced. Two predominantly different types of wood are used for casks and both influence the liquid maturing in them differently.

The effect on taste for the 2 types of wood

There are huge differences between these 2 popular oak casks. The American White Oak grows in the eastern part of America and some parts of Canada. This particular oak tree grows faster than others, making it more affordable as a cask. The dense wood contains a lot of mono-galloyl glucose, which transfers into the typical Bourbon vanilla taste.

The European Oak grows all over Europe, including Russia and Turkey. Its slower growth makes it more expensive and is slightly less dense than the American counterpart. The wood contains Gallic acid. This acid is a pseudo tannin, giving rise to the slightly bitter notes in a whisky matured in European oak when water is added. The European oak also adds to the spiciness of the whisky due to other components within the wood.

The Effects of Charring and Toasting of the Casks

Charring and toasting convert the wood sugar into caramel and vanilla flavours that typically grace whiskies. Toasting means to darken the top of the wood and the depths of the staves. It is identified by a black, flat layer on top. Charring means to burn the wood to a point where the surface breaks. It has an uneven top layer and looks like an alligator skin. The time that the barrel is burned determines the level of charring.

The Effects on Reusing the Casks

Finally, the number of times that a cask is reused also affects the final whisky. A cask that is reused multiple times releases fewer flavours into the whisky. Usually, the casks are milled and charred again to restore caramel and vanilla flavours for maturation before they are refilled with whisky. The only exception is bourbon, where only fresh casks are used.

The Amazing History of Glenfiddich
Scroll to top