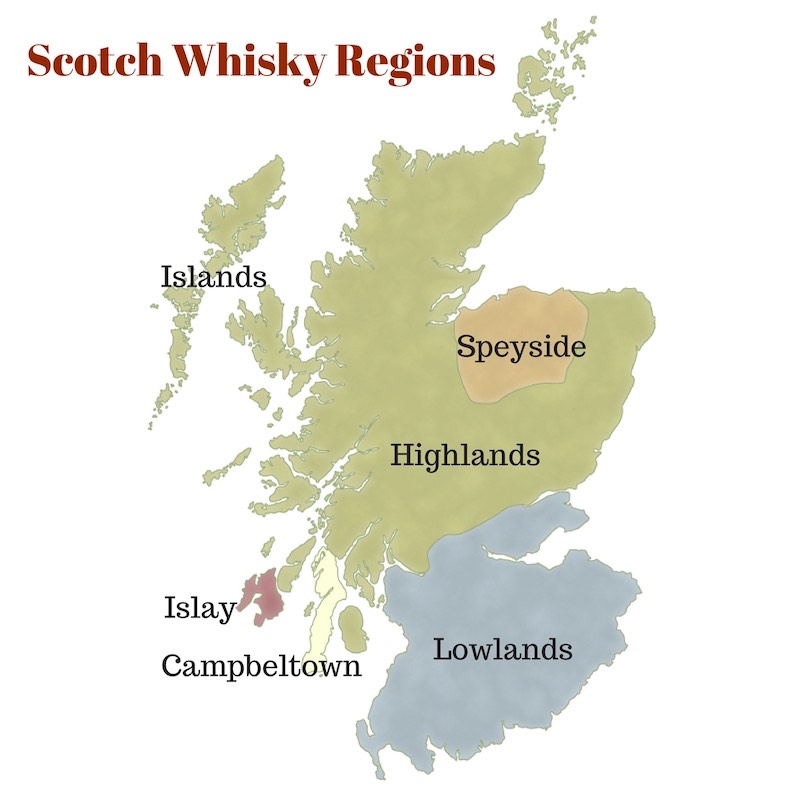 For a start, we are going to talk about the Scotch Whisky regions, mainly because Scotch whiskies are so popular all over the world, including Singapore. There are originally only 4 main whisky-making regions – Highlands, Lowlands, Islay and Campbeltown. As the distilleries grew in numbers over the years, Speyside (which was originally part of the Highlands) was recognised as one of the whisky-making region on its own because of the sheer number of distilleries located in the locale. As of 2013, there were 105 distilleries located in the locale that is defined by the river Spey.

The Islands are never recognised officially by the Scotch Whisky Association, the main authority on Scotch whiskies. However, over the years, the whisky distilleries located in the Islands are allowed to put the name of the island that the whisky is made in on the label of the bottle as long as the golden nectar is distilled wholly in Scotland. This make the whiskies in the Island known to the world and now they are unofficially known as the 6th region in Scotland.

The different regions are generally known for the different profiles of whiskies that they made. Each region is famous for a particular type of profile since the whiskies take on the characteristics of the land they are created in. Here’s a simple description of the whisky flavours in each region.

The Highlands are marked as the biggest whisky-making region in Scotland, hence, it is not surprisingly to find a wide range of flavours here. You get the light and fruity styles in the Southern Highlands and the more spicy and full-bodied ones in the Northern Highlands.

Speyside is defined by the river Spey, which runs through this region and provides water to many of the distilleries located here. The whiskies made in Speyside are recognised as the most complex of the lot in Scotland and most of them carries sweet aromas and sophisticated flavour profiles.

The Lowlands are no longer a popular location for whisky distilleries and only three distilleries are still in operation in the Lowlands – Auchentoshan, Blandoch and Glenkinchie. This area is well known for light-bodied single malt whiskies.

Campbeltown is a seaside region is which the sea is a heavy influencer on the whiskies produced. The golden nectar from this region usually carry the sea and brine of the region as well as the peat that is popularly used in the production of whisky.

Islay is another seaside region that is well known for its peaty and strong-flavoured whiskies. They tend to be smoky and rather extreme in taste due to the various extremities of the sea that surrounded the area.

The Islands are a group of islands that produce whiskies that are in between the sweet aromas of the Highlands and the peaty ones of Islay.

It is obvious that Scotch whiskies are a complicated lot, but they are interesting. We will continue to bring you new details about these beautiful liquids whenever possible, so stay tuned for more! 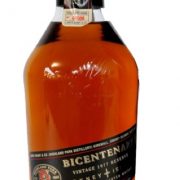 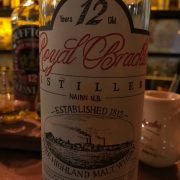 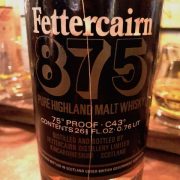 This is How Scotch Whiskies are Categorised
Scroll to top