Editor’s Note: WhiskyGeeks has truly gone global with the help of our friends. A Singaporean, who requests to be anonymous, is currently studying in Edinburgh, agreed to represent WhiskyGeeks in Whisky Live Paris 2019. We are proud to have him onboard with WhiskyGeeks to cover events happening in the other part of the world. 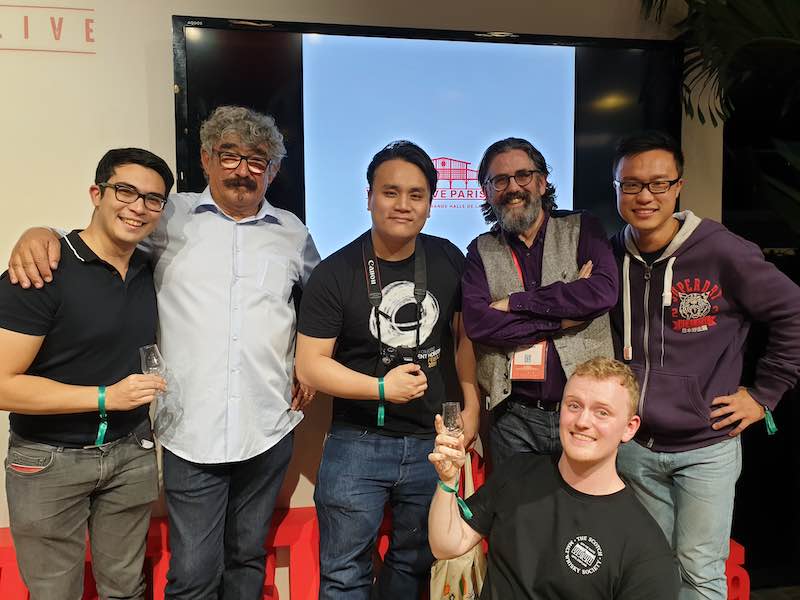 According to the Scotch Whisky Association, France was the second-largest market by export value in 2018 (£442.1m). It edges out Singapore and beaten only by the US’ whopping £1,039.5m total. Hence it is no surprise that Whisky Live Paris is Europe’s largest whisky show and it not only attracts the French but international visitors too. This year saw a shift in venue to La Villette to accommodate the increasing numbers of visitors. With over 151 whiskies, rum and spirit booths, an additional 27 stands in the cocktail street and a host of masterclasses, the show was poised to impress. 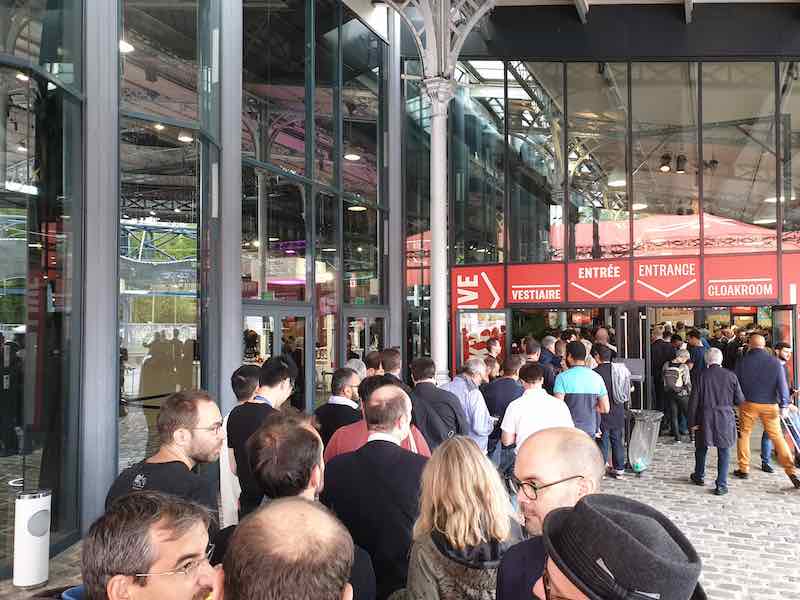 Check out the queue! 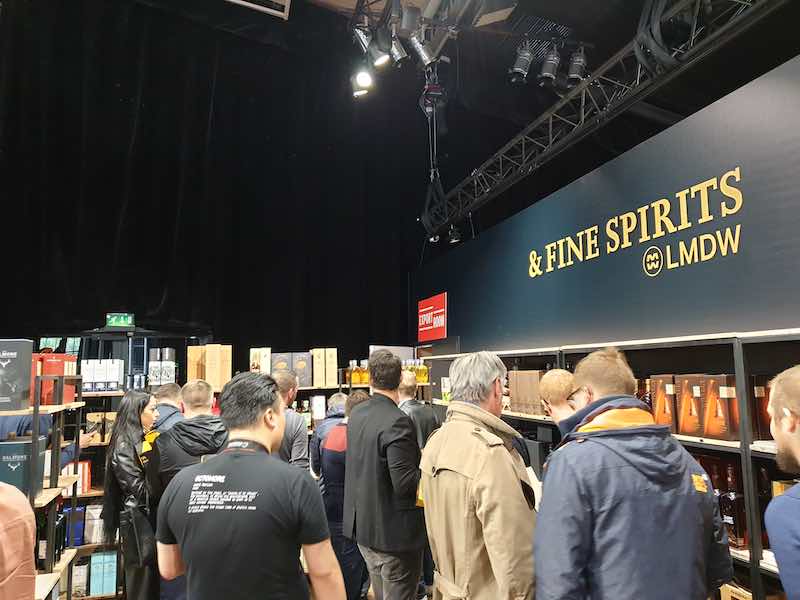 The day started at 12.30 pm as visitors stormed the La Maison Boutique to grab the Chichibu Paris Edition 2019 and the Hampden Single Cask 7 years bottled for Whisky Live Paris. Visitors grabbed them in a matter of minutes! We were lucky to be able to get in the action at the shop to buy the bottles that we were after!

Below are some pictures of the various exclusive bottles available. 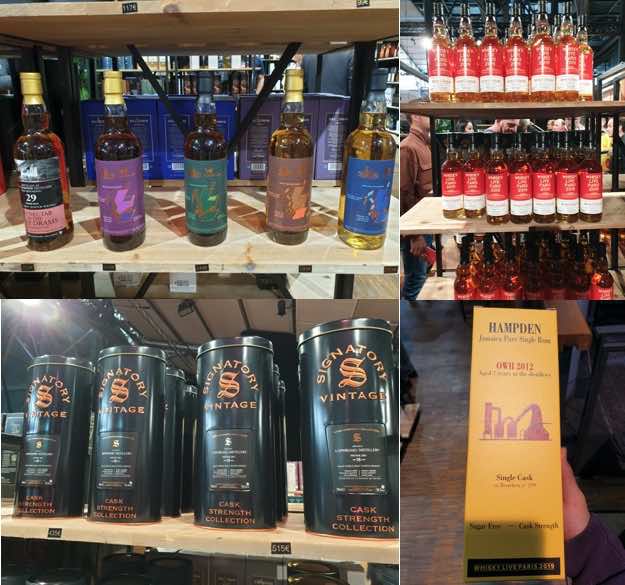 After the stress of buying bottles among the crazed crowd, it was time for us to get to the fun part. With the promise of delicious whisky, we were looking forward to tasting them. In whisky shows, trying everything was impossible and blasphemous acts of pouring away and spitting out whisky was the norm to last the entire duration of the show.

Checking out the various Distilleries at WLP 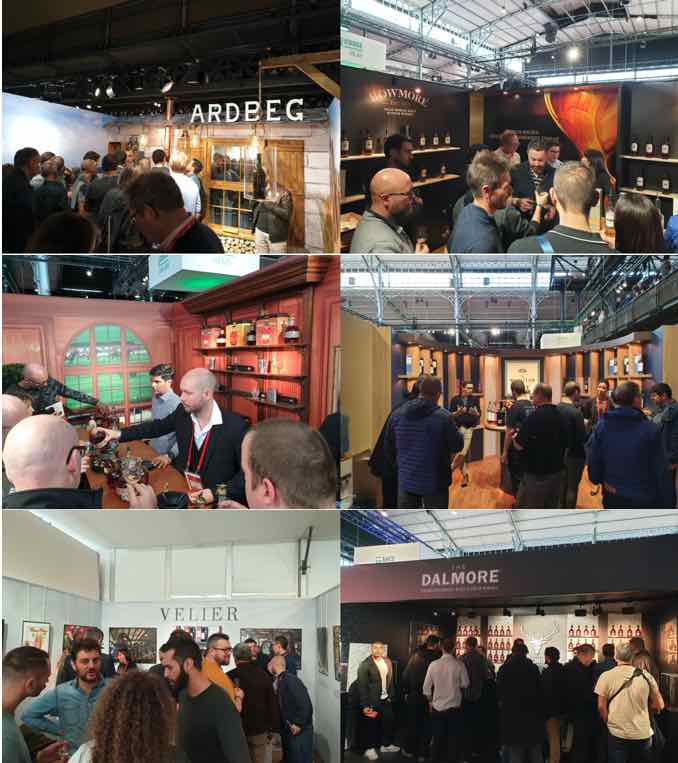 Many distilleries took the chance to showcase their newest releases at Whisky Live. Some notable ones included the revamped Arran Range, Compass Box Myths and Legends 1, 2 and 3. We also found Glenfiddich Grand Cru, Kilchoman Vintage 2010 9 Years, Macallan Edition 5 and Ardbeg 19 Traigh Bhan. Some distilleries also pulled off the stops to ensure that their booth stood out. Some used attractive displays; others covered stalls with curtains to create an ambience. Yet others chose to showcase chocolate pairings.  Eager enthusiasts swamped several brands throughout the day (i.e. Macallan, Kavalan, all the Islay distilleries, Blanton’s, Velier). 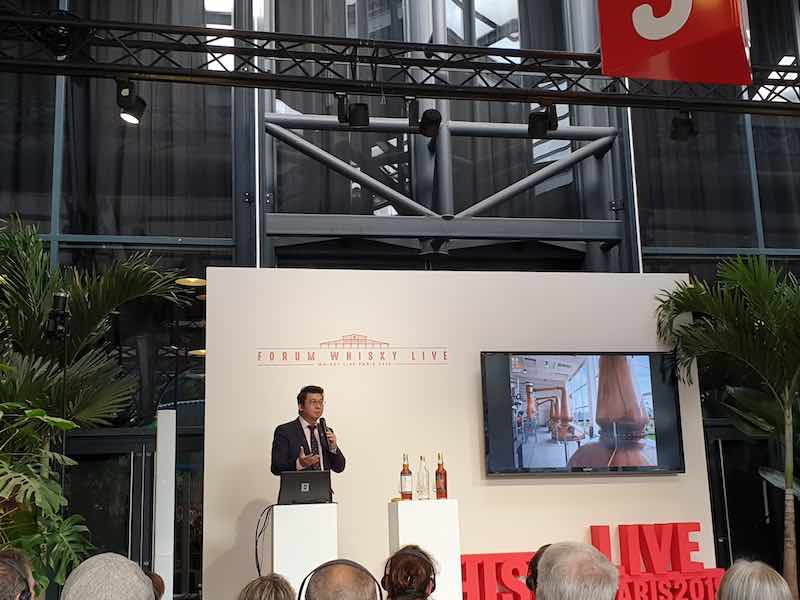 We attended Kavalan Master Blender Ian Chang’s Masterclass to start our day. Dr Jim Swan was Ian’s mentor and the man who was instrumental in the conception of Kavalan. He explained the exciting process behind Kavalan’s maturation process of first creating a heated and high humidity environment to intensify the colour. Next, the distillery would open the warehouse windows in the winter months to cool the interior and allow for wood aromas to infuse into the whisky.

Ian came across as an exceptionally down to earth and unpretentious man during his presentation. He even went as far as to say that the 11-year oloroso sherry single cask for LMDW was a bit over-oaked and that he should have taken the whisky out earlier. He was right. You won’t usually see master distillers or blenders throwing shade on their whisky, but this honest opinion was incredibly refreshing to see and is a testament to the distillery’s efforts to always strive for quality. 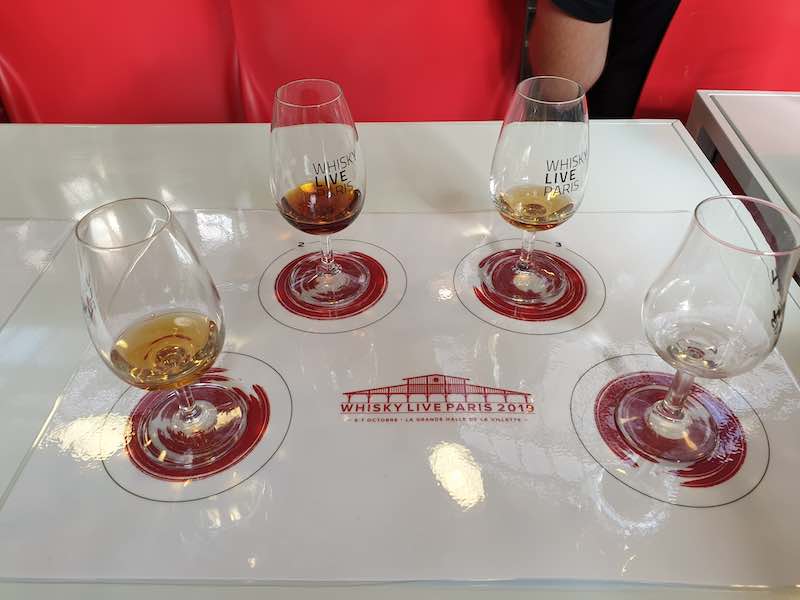 The Whisky Line-up at Kavalan Masterclass

The line up for the Masterclass was interestingly made up of single casks bottled for LMDW.

It is interesting to taste various casks from Kavalan to see how these casks impact and influence the spirits of Kavalan. Having the chance to meet Ian Chang was memorable too!

It was an incredible opportunity to interact with what some would term the ‘stockbrokers’ of the whisky industry. Both Serge Valentin and Dave Broom reviewed whiskies using online platforms.  Due to their heavyweight reputation in the industry, their scores for bottles are taken quite seriously, affecting the re-sale value or collectability. Technically, these scores should not define any whiskies for the whisky drinkers because tasting whisky is subjective. Nonetheless, the ratings are often, unfortunately, used by many to resell their bottles at much higher prices.

We thought it was terrific that LMDW invited both Serge and Dave to present their picks for Whisky Live Paris 2019. The mood was lighthearted on stage, with Dave jokingly saying that his choices were better than Serge. We found the tasting fun and fair as all attendees tasted the whiskies blind. We were also encouraged to guess the country of production, regions and distilleries through our blind tastings.

Blind tastings are always fun because you get a lot of different answers to the same question. For example, some attendees thought that Ben Nevis 10 was a Springbank due to its funky note. However, our friend, Javin Chia, is a Ben Nevis superfan and immediately identified it as Ben Nevis. His training as the distiller of Singapore’s first-ever whisky certainly did help too!

Chichibu Paris 2019 tasted almost Clynelish-like with waxiness lurking in the background. It has the fruitiness that we found in some modern Clynelish bottles, and it was a surprise to many that it was a Chichibu! Overall, the crowd had a balanced opinion of all the whisky. The Arran Sherry Cask, however, stood out for many, and it received slightly more votes than the others.

Closing for the Day

We enjoyed the day with all the whisky flowing freely for us. To conclude our day, we presented to you our picks for the day. Kindly note that they are in no particular order of merit. 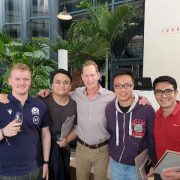