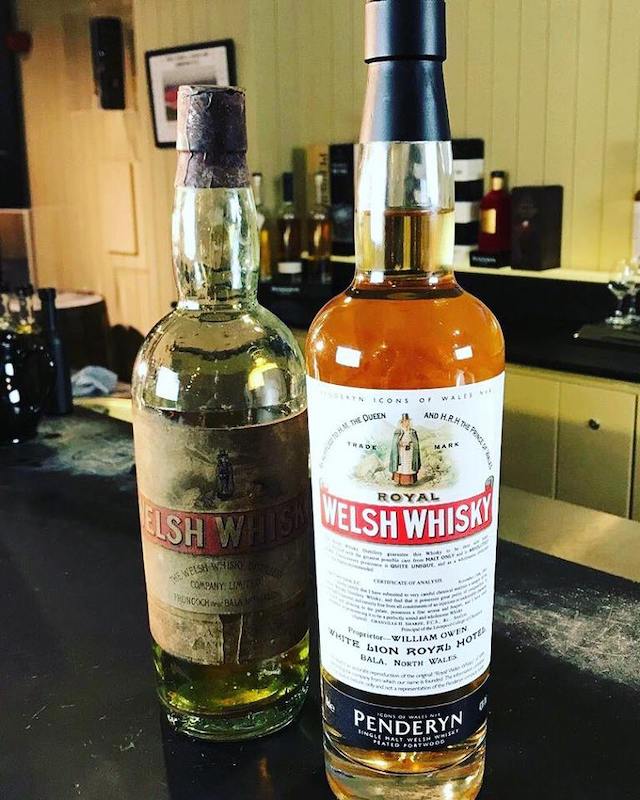 Wales is not high on the whisky map. It is well-known as an industrial country with coal mines, and gold. Whisky was never one of their “virtues”.  Many people did not even know where Wales is or that it exists.

Wales has a short whisky history. The current distilleries are Penderyn Distillery, located in the Brecon Beacons in Southern Wales, and Dà Mhìle Distillery in Western Wales. Penderyn is the only distillery exporting its Welsh whiskies outside of UK, to countries such as the United States, Germany, France and Singapore.

The History of Whisky in Wales

Unknown to many, Wales was home to a whisky distillery about one century ago. Known as Frongoch Distillery, its location was about two and a half miles from Bala on the way to Trawsfynydd. R. Lloyd Price, the owner of the Rhiwlas Estate and Robert Willis, a pretty unknown person, registered the Welsh Whisky Distillery Co in Frongoch, Bala, in 1889 and built the Frongoch Distillery.

The Rise and Fall of Frongoch Distillery 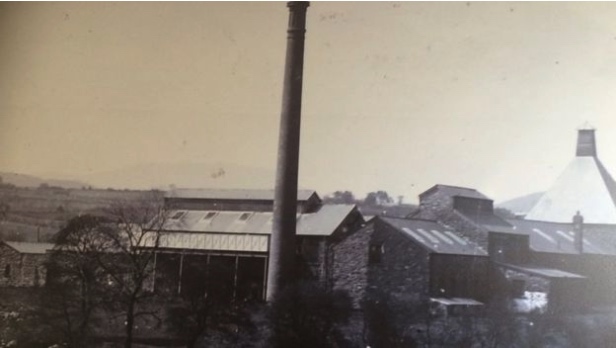 An Old Picture of Frongoch Distillery. Picture from BBC.

Frongoch was the perfect site for the distillery due to two crucial things – the pure, peaty water from the Tryweryn River, and the readily available transportation network via the nearby railway station and ports. The first Welsh distillery was a magnificent building in its heydays as it received fundings of £100,000 to build and run it. When it opened its doors in 1890, it was a beautiful place with a malthouse, kilns, peat store, offices and accommodation for its 30 workers. There was also a dedicated excise officer located on site.

Sadly, the distillery did not survive. The company went bankrupt in 1910 and Frongoch Distillery became an empty shell. The premise remained uninhabited until the outbreak of World War One in 1914. During the war, the distillery and its grounds became a prisoner of war camp for captured Germans and Irish.

In 1916, during the Easter Rising in Ireland, the English army detained some of the most prominent figures of the uprising at Frongoch. There were two camps on the premises, the North and South camps. The South Camp was in the old buildings of the distillery. The prisoners included Terence MacSweeney and Michael Collins. Frongoch Distillery in Wales remains a vital link in the history of Ireland even up to today. As a prison during the war, it held the best of Ireland’s revolutionaries for the freedom of Ireland.

The Whisky of Frongoch Distillery

It was said that full production at Frongoch would reach 150,000 gallons per annum when the distillery opened. The first Welsh whisky went to customers in 1891. All of them went to North Wales and the border counties. The owners changed their policy after the first batch, choosing to increase the years of maturation. This was a time before rules and regulations came into the whisky industry; such a move from the owners showed their passion and dedication to the craft of whisky-making. 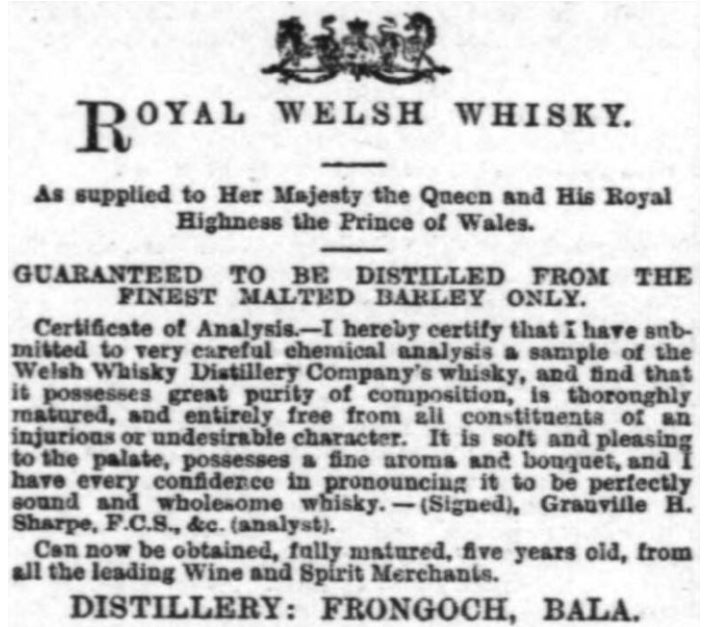 Advertisement of the Royal Welsh Whisky. Picture from WhiskyInvestDirect

Details about the flavours and taste of the whisky did not survive the years, unfortunately. Advertisements such as the above picture tell us that the distillery released the whisky as a five years old malt made from the finest malted barley, but there was nothing that spoke of its flavours or taste.

Based on the location of Frongoch, the ample peat available likely meant that the whisky was peated. It was also comparatively more expensive than the typical Scotch whiskies of the time. The old report of the Wine & Spirits Trade Record also pointed to the fact that the Royal Welsh Whisky might have been more similar in style to their Irish counterpart than Scotch in terms of their choice of using a “Pot Still” and selling the whisky both in bulk and in bottles. Sadly, there were no concrete details to find out more. 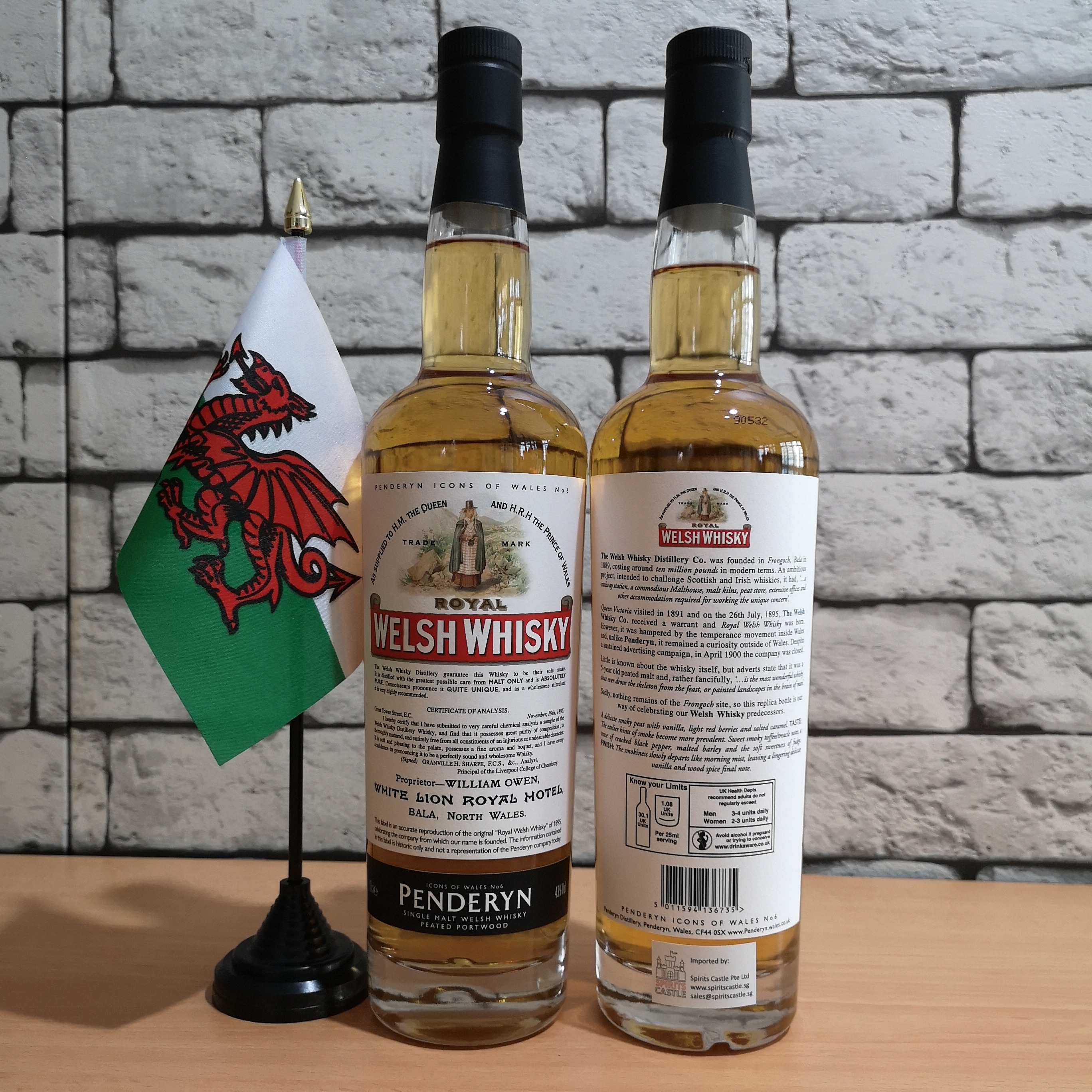 The Royal Welsh Whisky of Penderyn. Picture from Spirits Castle

Fast forward to the modern era, and we have Penderyn Distillery as a successor. As the first Welsh distillery to export its whiskies outside of the United Kingdom, the distillery owns one of the original Royal Welsh Whisky bottle (picture at the top of the article). There are three other surviving bottles. One of them is a resident at Cardiff’s St Fagans National History Museum. The other two belong to private collectors who bought them in an auction at £7,300 and £7,200 respectively in 2016.

In 2019, Penderyn Distillery decided to honour the history of whisky-making in Wales with the release of their version of the Royal Welsh Whisky. It is part of Penderyn’s Icon of Wales series and released in March 2019 to celebrate St David’s Day. The new Royal Welsh Whisky sports a peated Portwood finish.

We wonder if the distillery opened the original bottle to try before deciding on the flavours, although it would be very much like drinking a historical relic. Nonetheless, we are excited to try the newly-minted “Royal Welsh Whisky” from Penderyn Distillery.

Nose: Guava, melons, pineapples surface with black pepper in the nose, with a very muted peat note at the back. With time, vanilla surfaces with soft peat.

Palate: Tropical fruits, muted peat and hints of smoke at the forefront. With time, vanilla cream, peat and smoke come together in a harmonious and beautiful expression.

Finish: Oaky with sweet fruits that develops into fruit peels. With time, the finish is long, and wisps of smoke come and go elegantly.

The Royal Welsh Whisky will benefit from patience and airing time. The dram evolves over time, with the characteristic of its Portwood finish disappearing after 30 minutes and the Peated finish comes full power. It is a beautiful dram that changes with time, giving you a surprise at every turn. 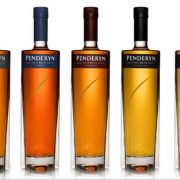 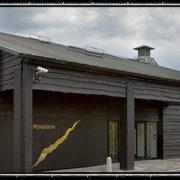 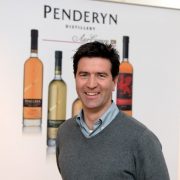