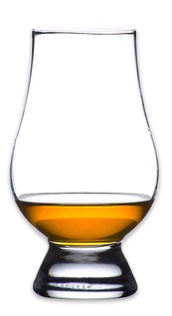 Before the birth of the Glencairn Glass

Before the birth of the Glencairn glass, there was no special glass for whisky. In its long and colourful history, there was never once a single glass that the whisky industry could claim as its own. All the other spirits have their glasses, but whisky, with all its complexity, failed to have its own.

The creator of the Glencairn Glass

Raymond Davidson decided to change the sad fate of whisky. His innovative mind dreamt up a design for a glass that is suitable for whisky. He chose a glass style that is similar to the traditional sherry nosing glass, known as the copita. The shape of the glass is said to encourage the user to take some time in appreciating the nose and palate of the whisky. At the same time, the glass is a practical design that allows vigorous usage in a bar environment.

Help from the Master Blenders

However, Raymond Davidson did not do this on his own. He brought the initial design of the glass to some of the most famous Master Blenders of his time and sought their guidance and advice to improve. With their expertise and enthusiastic participation, the glass developed and changed into what it is today. The size and shape are crafted to hold 35ml of whisky and still allow for the user to add water. The liquid is also optimally exposed to air to let aromas develop.

The Unique Shape of the Glencairn Glass

The finalised product is nothing like the copita glass that Davidson initially modelled the glass from. The tapering mouth of the glass captures all the aromas of the whisky and yet, makes it easy for users to drink from it. The wide crystal bowl at the bottom helps the users to appreciate the whisky’s colour better while the solid base is excellent as a cradle. It is also a sturdy glass for use in a bar environment. For the discerning whisky drinker, the aesthetic of the glass is as vital as the liquid itself, since it would help him or her to better appreciate the drink.

The Glencairn Glass of Today

Since its birth in 2001, the Glencairn glass has gained popularity. It won the Queens’ Award for Innovation in 2006 and is endorsed by the Scotch Whisky Association. Most distilleries and whisky bars around the globe used this glass. The arrival of the Glencairn glass has changed the history of whisky drinking and placed itself at the centre of the whisky industry. Finally, whisky has a glass to call its own – the Glencairn Glass! 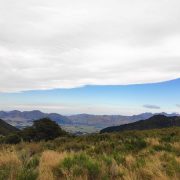 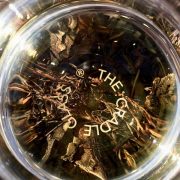 Have you Heard of the Cradle Glass 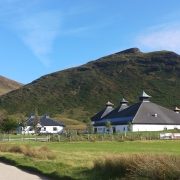