In Part One, we brought you some history of Yamazaki through its museum. Part Two consisted of the actual distillery tour.  In Part Three, let us bring you back to the museum to see the different whiskies made by Suntory.

All the whiskies ever produced by Suntory (Credits: WhiskyGeeks)

The impressive display above caught our eyes as soon as we walked in. It showcased all the major whiskies produced by Suntory over the years. We couldn’t get a good shot of this display even with our wide angle lens, so we settled for a paranoma instead.

Quiet little corners are often the best places to seek for treasures. We found a treasure cove behind some pillars and discovered the various old whiskies from Suntory!

Shirofuda White Label – The first ever Whisky produced by Suntory 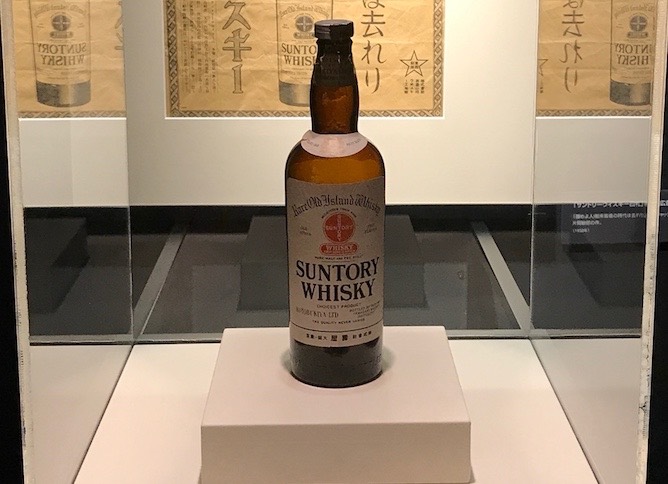 This was the first whisky made by Suntory. It was a failure because it did not capture the hearts of the local community, but it was the reason why Suntory became better. 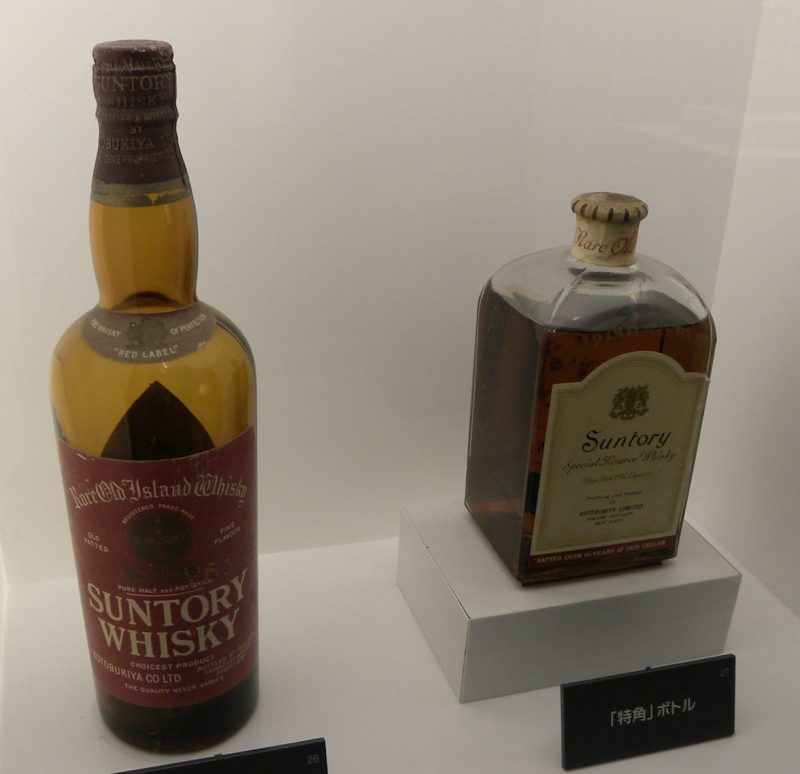 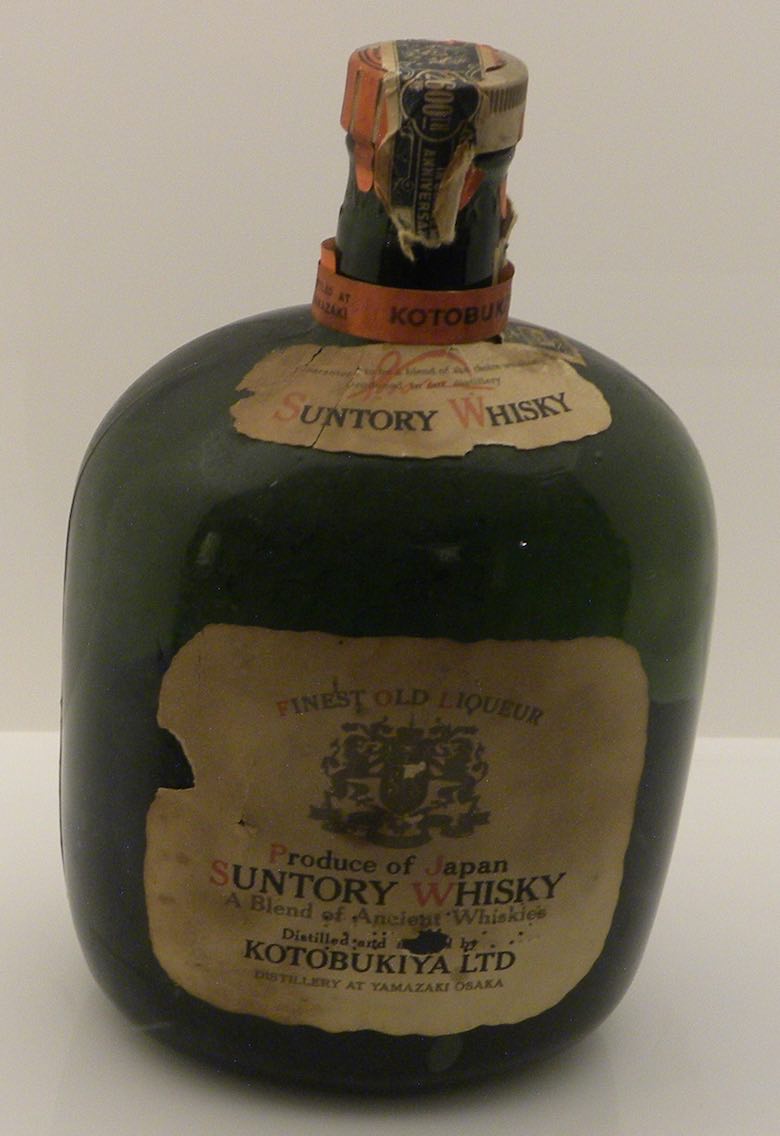 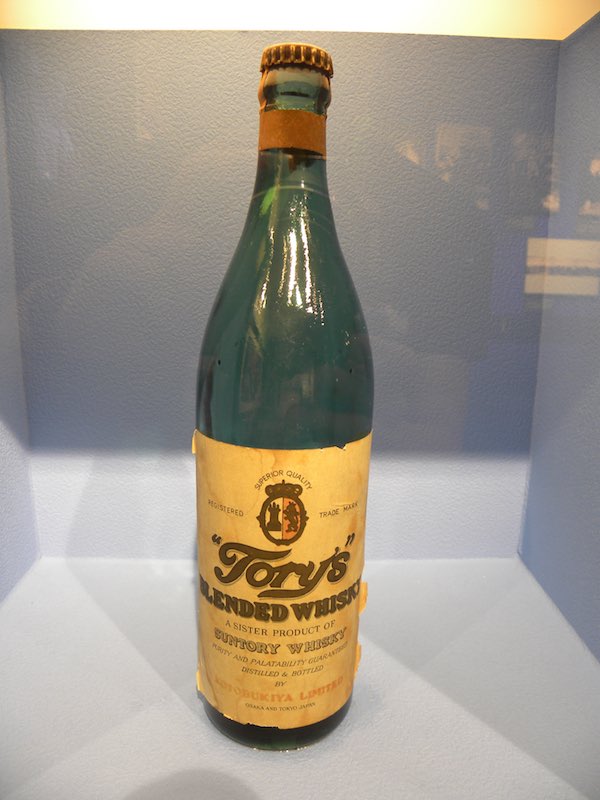 Tory Blended Whisky was a special whisky that played a huge role after World War 2. Produced by Suntory, it was the number one favourite whisky for many of the Japanese population – both men and women – after the war. It was so well received that bars named “Torys” popped up all over Japan.

The Birth of Yamazaki 12 Years Old 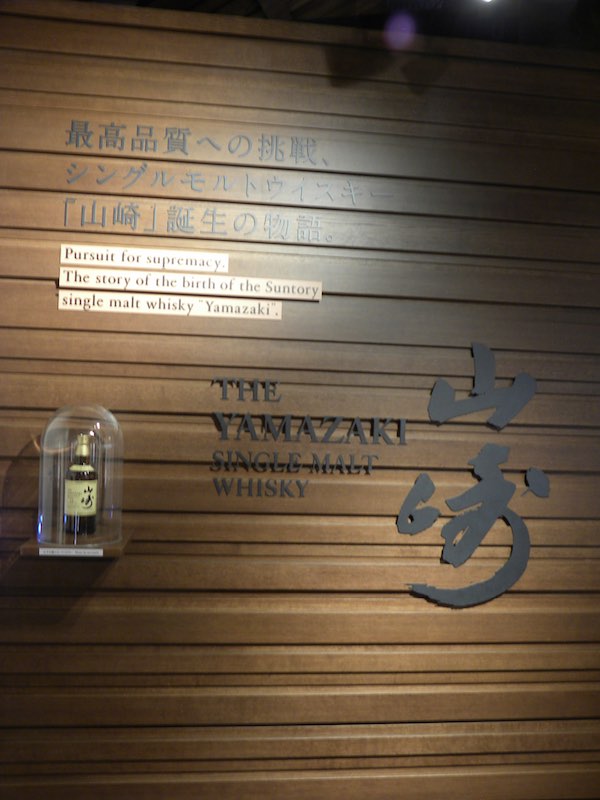 Story of the Yamazaki (Credits: WhiskyGeeks)

This section is the most crowded as visitors clicked their cameras and crowded around the display. The birth of the Yamazaki 12 Years Old generated a lot of interest for all visitors alike. 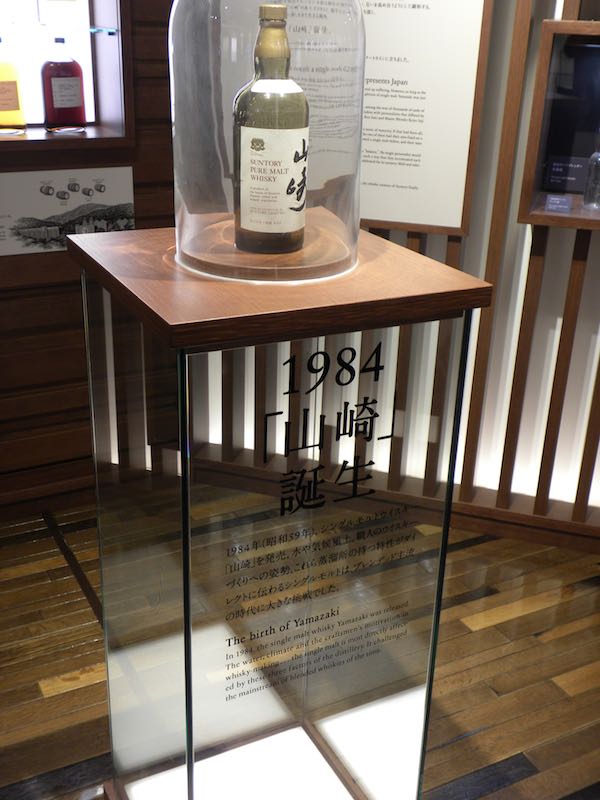 Birth of the Yamazaki (Credits: WhiskyGeeks)

One of the Yamazaki 12 years was prominently displayed in the museum, with a simple write up of how it came about. There was also a flavour profile for some popular Yamazaki produced by Suntory. For us geeks, the Mizunara cask generated more interest as we were keen to see the difference between this and other casks such as the Sherry and the Bourbon. 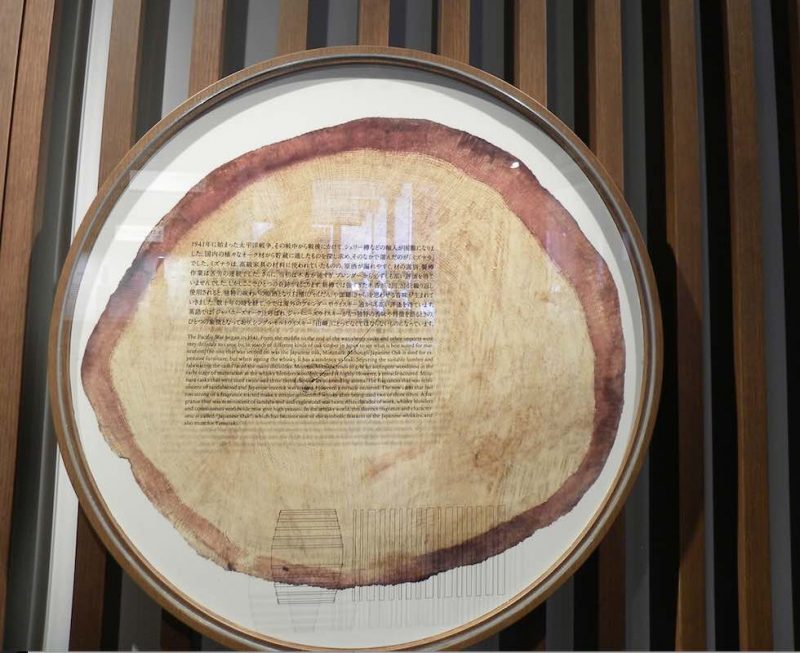 During WW2, mizunara was used due to scarcity of sherry and bourbon. The challenges to use the mizunara were tremendous. Leakage, astingent woodliness that created bad whisky were all part of the reasons, but Suntory eventually figured the best way to use the mizunara as a second or third refill for a distinctive Japanese flavour of sandalwood and Japanese incense.

We head down to the highly anticipated whisky library after we have settled our curiousity for old whiskies and the mizunara cask of Yamazaki. 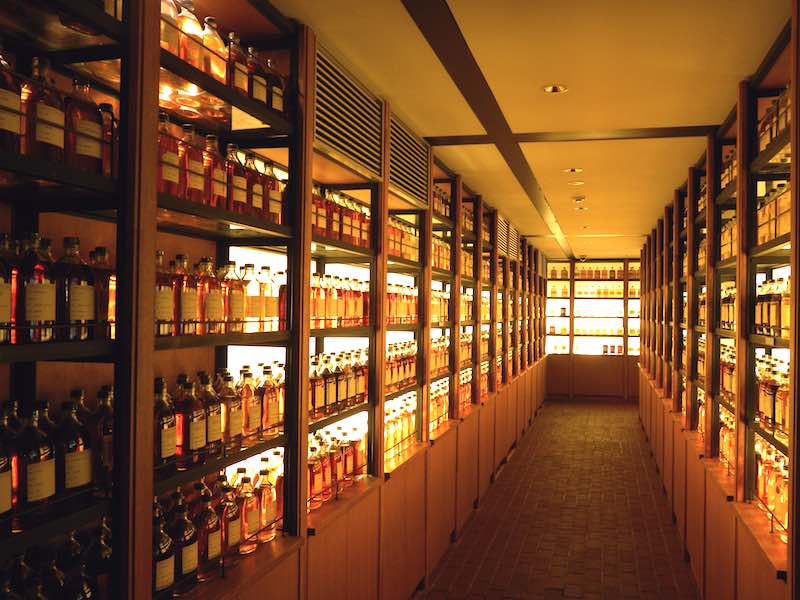 This is the famed Yamazaki Library. There are about two rows of such shelfing with tons of whiskies sitting on them. It was impressive at first look, but it became disappointing when we noticed many repeated whiskies. Nonetheless, we did find something of interest. 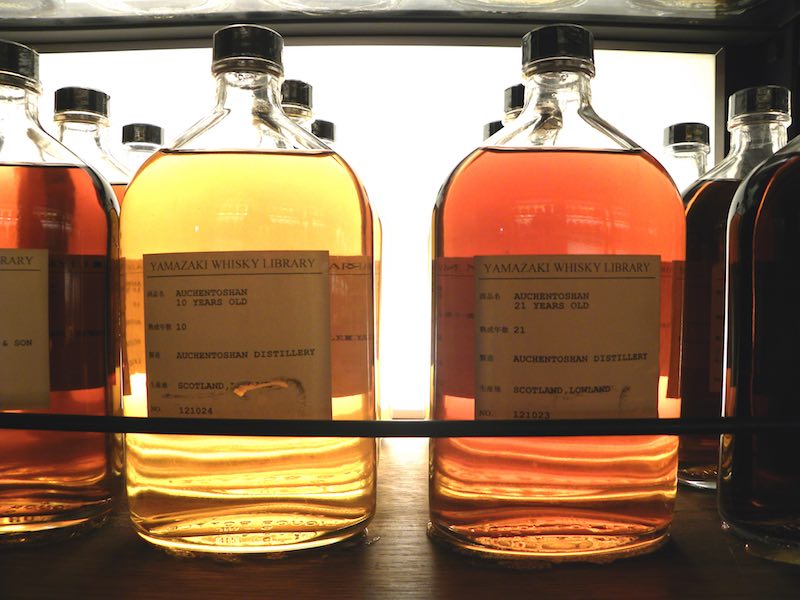 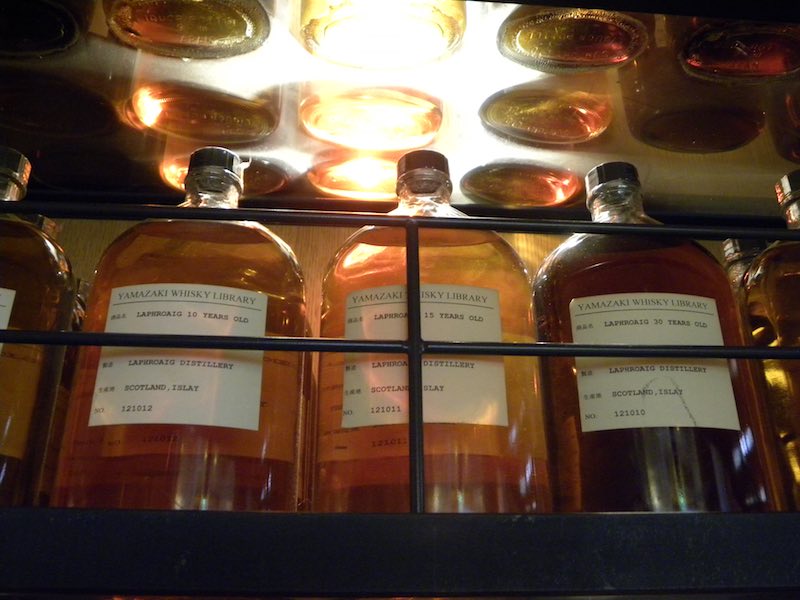 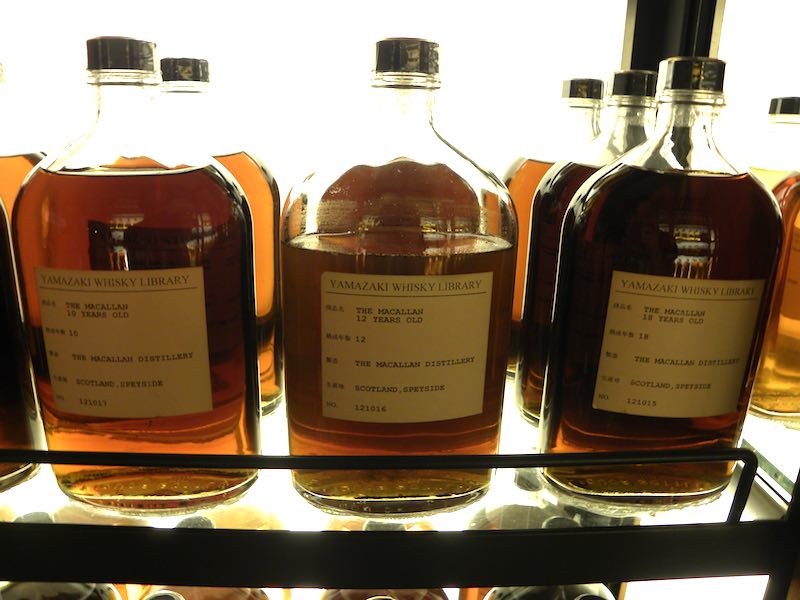 There are Scotch whiskies in the library. We are not surprised given the history of Yamazaki. Torii-san had started the distillery based on knowledge from Scotland.

Other interesting finds include new make spirits and a selection of young Yamazaki. 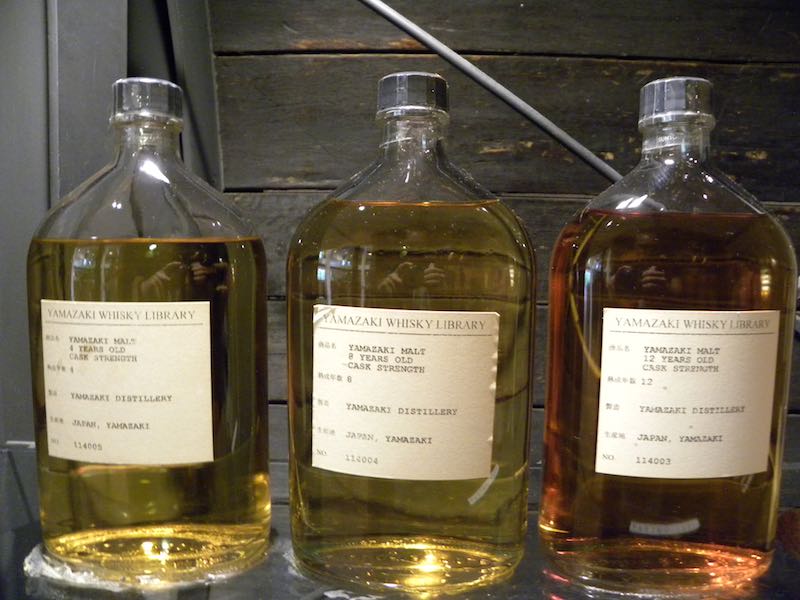 A selection of 4 YO, 8 YO and 12 YO Yamazaki (Credits: WhiskyGeeks)

The End of the Tour

We ended the tour with a drink at the bar, but it was nothing fancy. We left the distillery shortly afterwards to head back to Toyko. It was an interesting tour, even if we felt a lack in enthusiasm in their whole presentation. Our opinions shouldn’t stop you from visiting the distillery though. It is a personal experience for everyone! 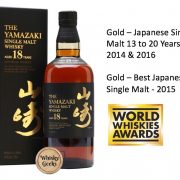 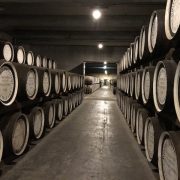 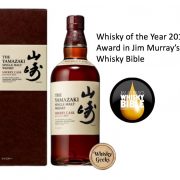 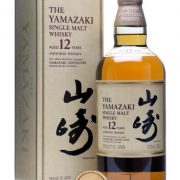 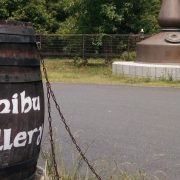