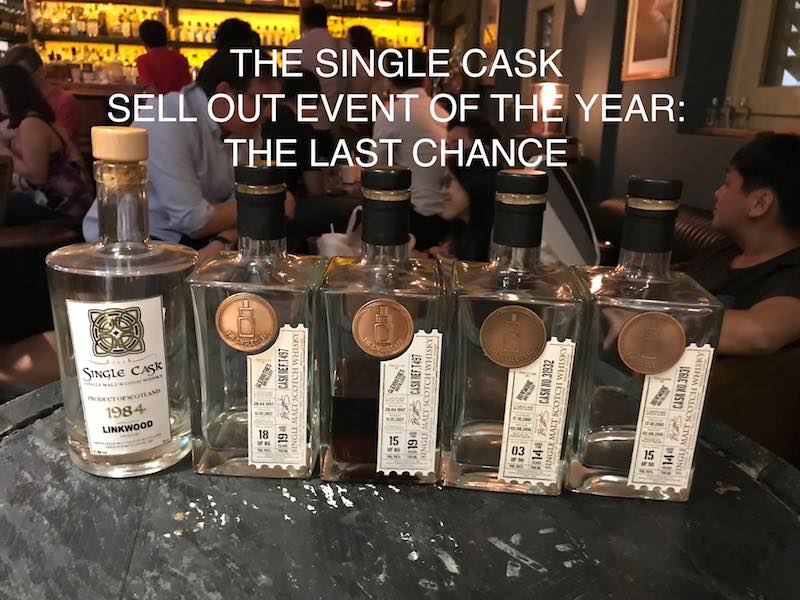 2017 is coming to a close, and The Single Cask had similarly organised its last tasting event of the year. If you had not managed to grab a ticket for the sell-out event on 8 December 2017, you had missed out on the five beautiful expressions that we tasted.

Brendan, the whisky expert of The Single Cask, had chosen five crown jewels of the bar to share with all of us at the event. The Single Cask bottled every expression.

The five bottles we tasted were:

Why are these bottles so special? Well, if you consider that they are either sold out or having less than five bottles left at the bar, you would want to hurry down to the bar to taste them by the dram before they are gone FOREVER! Before you rush off to The Single Cask, here’s a little background for the five bottles. 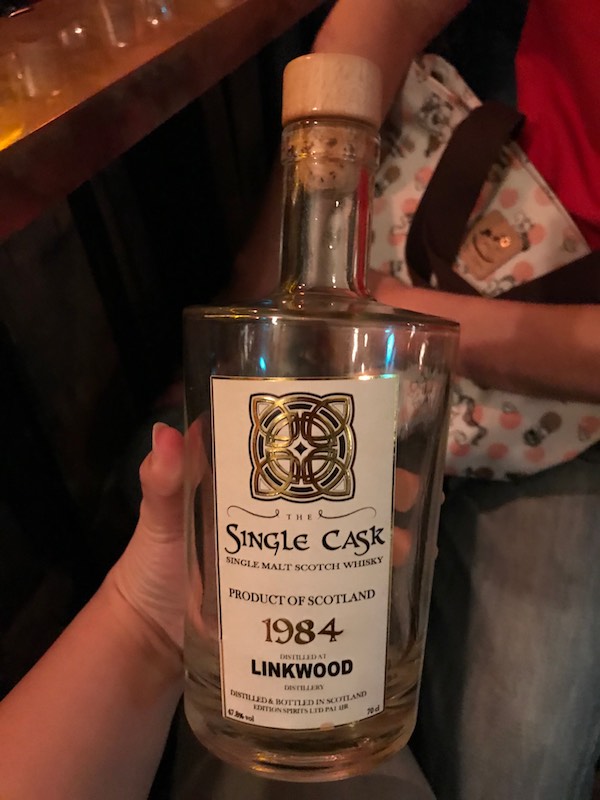 TSC Linkwood 1984 was bottled back in 2010 when TSC was not born yet. Back in those days, the bar was operating under the name of “Malt Vault” at Ann Siang Hill. It is also the reason why the shape of the bottle is different from the rest. The round glass represented the legacy of Malt Vault. The Linkwood 1984 is one of the first bottlings by The Single Cask. In the seven years that have passed since 2010, The Single Cask has created 37 expressions. That is not a small feat to be sure!

Linkwood 1984 has a clean citrus nose. Raw honey and herbaceous fruits are also prominent with some oakiness. That citrus note follows in the palate with a tingling sensation on the tongue. Light, fresh honey notes with warm, gentle spice are evident too. The finish is medium with light citrus, oaky notes. There is some bitterness toward the end, likely due to the wood.

It is an easy to drink whisky that is balanced and clean. It is somewhat singular but one which is suitable as an introduction to new whisky drinkers. 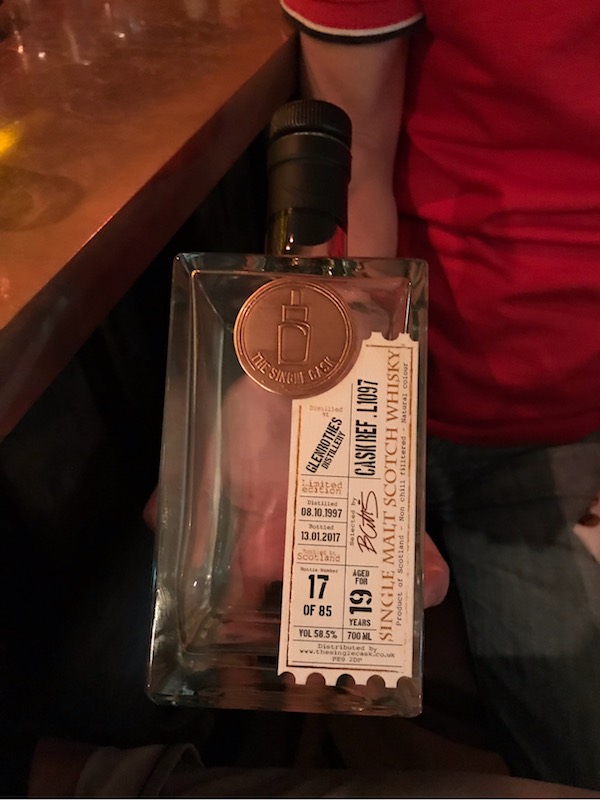 The Single Cask bottled the Glenrothes 1997 Refill Sherry in 2017. The yield of 85 bottles was because The Single Cask bought only one-fifth of the whole cask. Glenrothes is well-known for its sherry influence, and we had high expectations for this expression.

TSC Glenrothes 1997 Refill Sherry has a woody, sweet nose. Dark raisins, white peppery spice and sour sulphuric notes are in the forefront. A slightly unpleasant sourish odour appears after a while, reminding us of many sweaty bodies squeezed in a poorly ventilated lift. The sulphuric notes follow in the palate, turning it slightly sourish. The saving grace comes from the dark raisins and hints of roasted almond. Some woodiness can be detected in the back of the tongue too. The finish is relatively long with bits of roasted almonds at the end of the throat. It is also astringent and bitter.

It is an unusual presentation of a Glenrothes. While it may not be the most balanced dram of Glenrothes we had tasted, it is worth trying for its uniqueness. 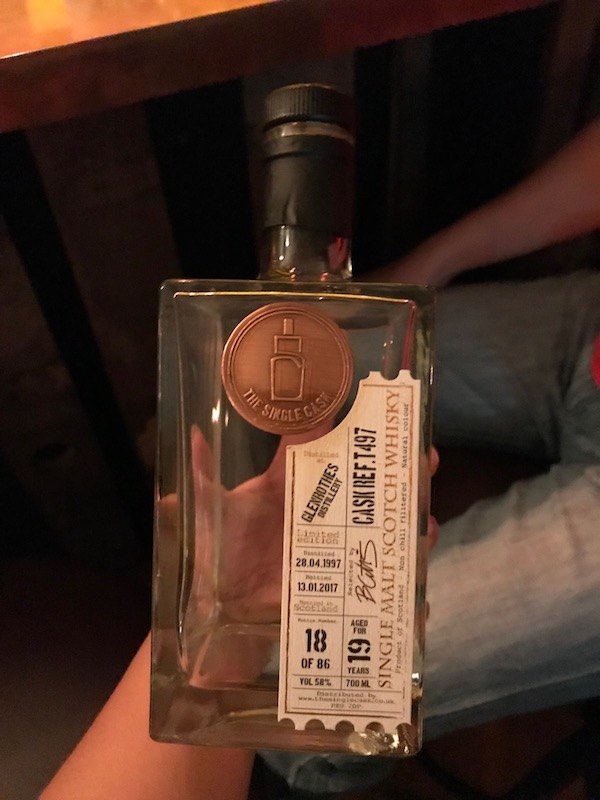 This expression of the Glenrothes 1997 Dark Sherry is not a sister cask of the previous expression. It is an older expression by six months. The Single Cask bottled this version in 2017 as well. The Dark Sherry has a yield of 86 bottles and is a sherry bomb! As we had tried this before, we know that this whisky needs a lot of time to awaken to its complete profile. We recommend that you air this dram for at least 30 minutes before enjoying it.

The Single Cask Glenrothes 1997 Dark Sherry has a sherried, sweet nose with raisins and spice in the background. After airing the whisky for about 20 minutes, the spice mellowed, and the nose becomes sweeter. The sherry influence increases as you air it out. The palate is full of raisins, delicious red wine and gentle spice. Some dustiness coats the tongue. After airing, the taste gets sweeter with the raisins taking the forefront. The dustiness and spice take on a mellow note with the red wine coating the palate beautifully. The finish is medium to long with some dryness that is similar to a red wine finish. It is also astringent. After airing, the sweetness becomes prominent, and the dryness recedes slightly. It becomes herbaceous and bitter (something like an 85% dark chocolate).

This version of the Glenrothes is much more balanced and complex as compared to the previous one. However, it can get a little one-dimensional if you waited too long. It is a challenging dram if you want to catch all its notes within the 30 minutes time frame. 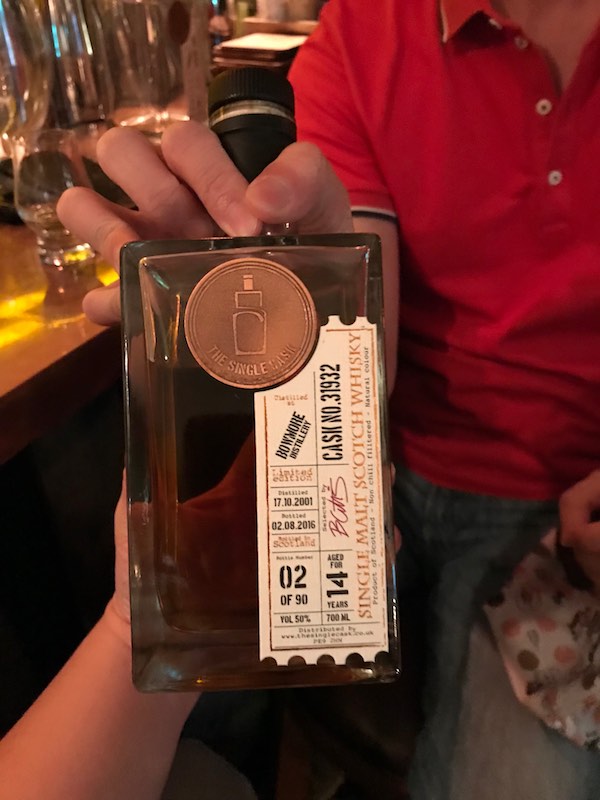 Bowmore is a brand that is well-known to all. It has its ups and downs as a distillery. The 60s, 70s, and 80s were terrific times at the distillery as it was performing at its peak. The 90s were less desirable due to the changing of owners to Suntory. The quality of the liquid produced during the 90s was somewhat lacking. Nonetheless, the distillery bounced back in the 2000s, and this bottle here is from one of its 2001 casks.

The Bowmore 2001 #31932 is one of the two sister casks that The Single Cask bought in 2016. Maturing side by side, these two casks were expected to be similar. However, they proved to be very much different!

#31932 has a light, gentle peat nose, burnt grass, sweet pineapples and hints of bananas. Mellow spice lingers in the background. The light peat follows through in the palate, creating a grassy, citrus, fresh tropical fruit mouthfeel with no spice. The finish is medium-long with sweet pineapples and a lingering light peat at the back of the throat.

It is a balanced expression that is gentle and yet complex enough for a hearty drink. 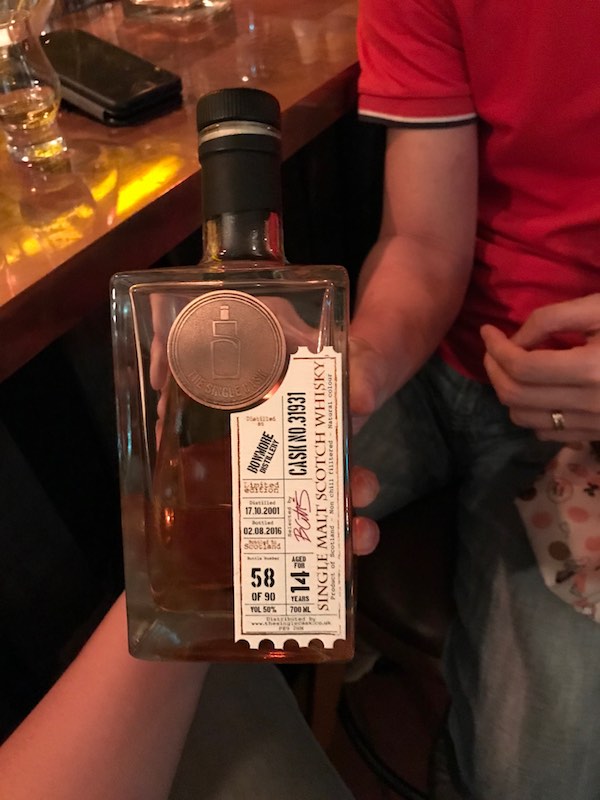 The nose is meaty like smoky bacon. There is a stronger white pepper spice in the forefront and hints of sweet citrus and sea salt at the back. The smoky citrus (lemon & orange) follows through in the palate, with some hints of sea salt and white peppery spice. The finish is long with the smokiness lingering for a long time.

The Bowmore 2001 #31931 is a lovely, balanced whisky that is complex and yet easy to drink. We can easily guess why Brendan had chosen this expression to be the last bottle of the night. He admitted that this is one of his favourite bottles and he had bought bottle #2 for his collection! WhiskyGeeks has a bottle of the #31931 at home too!

What to look forward to in the remaining month of 2017

While the last tasting event of the year might be over for The Single Cask, there are still two exciting events to look forward to in December 2017!

Whisky hoarders, ahem, we mean, whisky lovers, can look forward to the Christmas Sale (YAY!) at The Single Cask on 15 December, from 5 pm onwards! Expect discounts to go up to 60% off, so be sure to mark your calendar! Moreover, all whisky flights at the bar will be at half price for the night! We will see you there!

The other exciting event is The Single Cask Free Flow Night!! Who can say no to free flow? Happening on 16 December, it will start from 8 pm to midnight. Be sure to go there early if you want to have a seat! 🙂 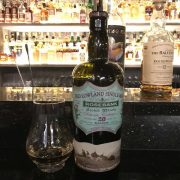 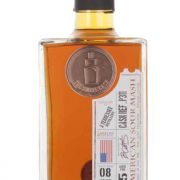 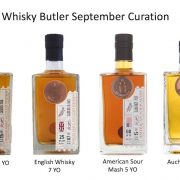 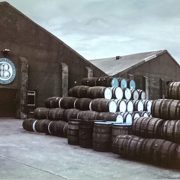 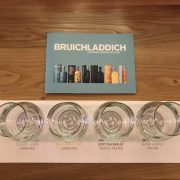 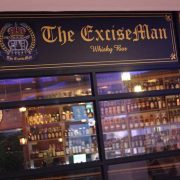 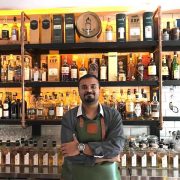 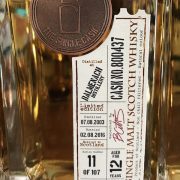 10 Whiskies to Drink for a Merry Christmas
Scroll to top