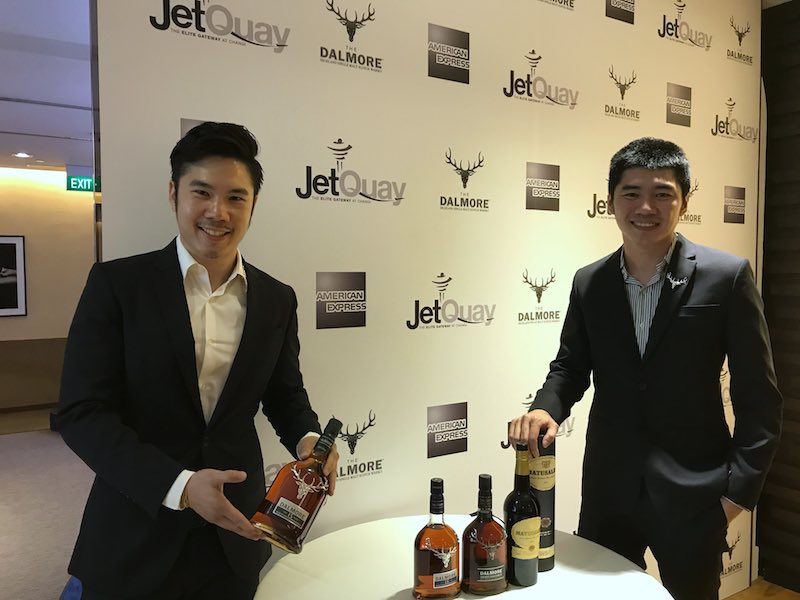 An exclusive whisky tasting session held by The Dalmore in collaboration with American Express was hosted by Singapore’s luxury airport terminal JetQuay on the evening of 24th August 17. As this event was meant to be cosy and intimate, only 20 participants were invited.

This was the second event that The Dalmore had held in Singapore in the recent months. The previous one was the special 50th-anniversary celebration of their Master Distiller, Mr Richard Paterson. 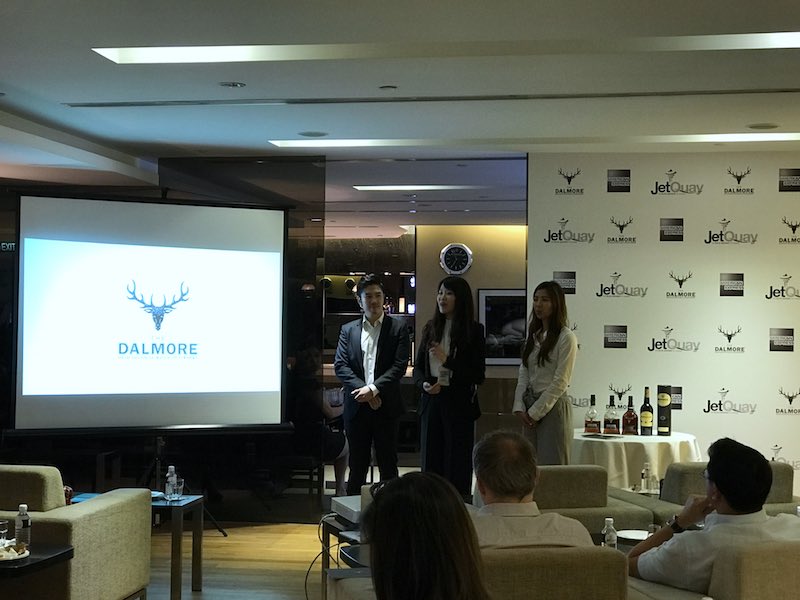 The evening started off with a dram of The Dalmore 12 years old as fellow whisky geek, Mr Benjamin Tan from Whisky Butler, waxed lyrical on the history of The Dalmore. The esteemed guests thoroughly enjoyed the story of how the 12-pointed Royal Stag came about.

Benjamin also initiated the guests into the process of whisky-making. Whisky is made using only 3 ingredients – barley, water and yeast. There are 5 steps to the whisky-making process. 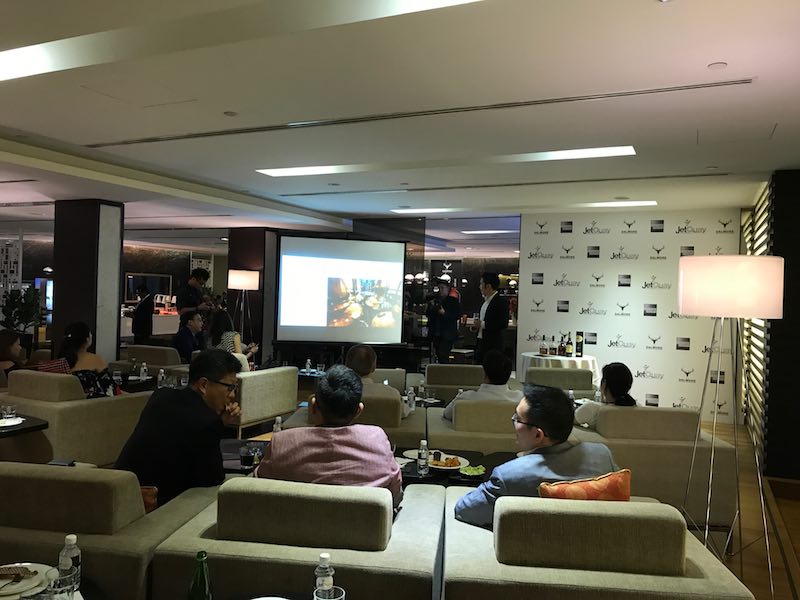 The guests were treated to a tasting of The Dalmore 15 Years Old after the short introduction. In this segment, Benjamin taught the guest how to taste a whisky. While there is no “correct way” to drink a whisky, it is a good learning journey to find out how we can find out more about a particular whisky by following the few steps below.

It takes some practice to decipher the flavours and characteristics of the whiskies, but practise it regularly and you will soon get the idea! 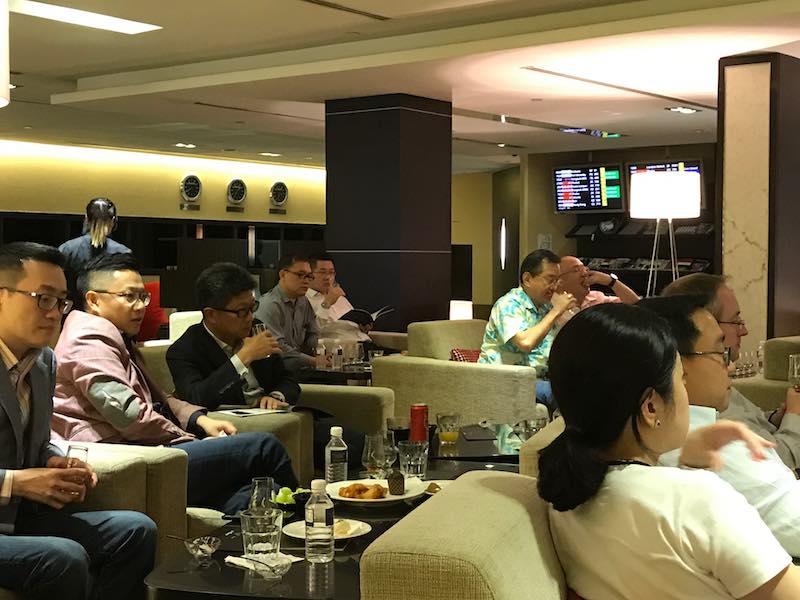 The guests had a great time trying the steps above and some of them began to get some tasting profiles by the time The Dalmore 18 Years Old was served. A healthy debate began between some participants with regards to the various flavours they got. 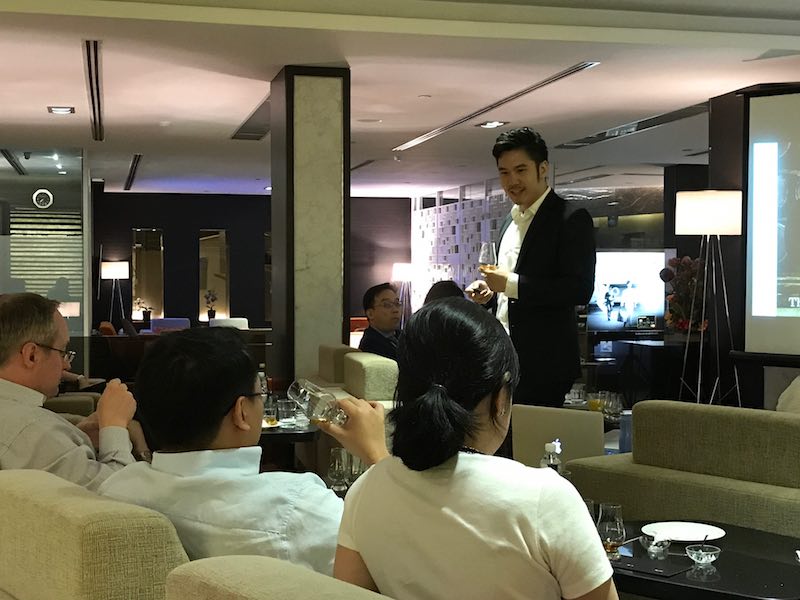 Benjamin took the chance to explain the complexity of whisky and how a dram of whisky could change according to the way a person drink it. He informed the fascinated crowd how water, ice and soda water change the aroma and palate of a whisky. He also shared how the simple act of aeration could change the experience of drinking whisky. Benjamin taught the guests how to differentiate a balanced whisky from an unbalanced one as well. 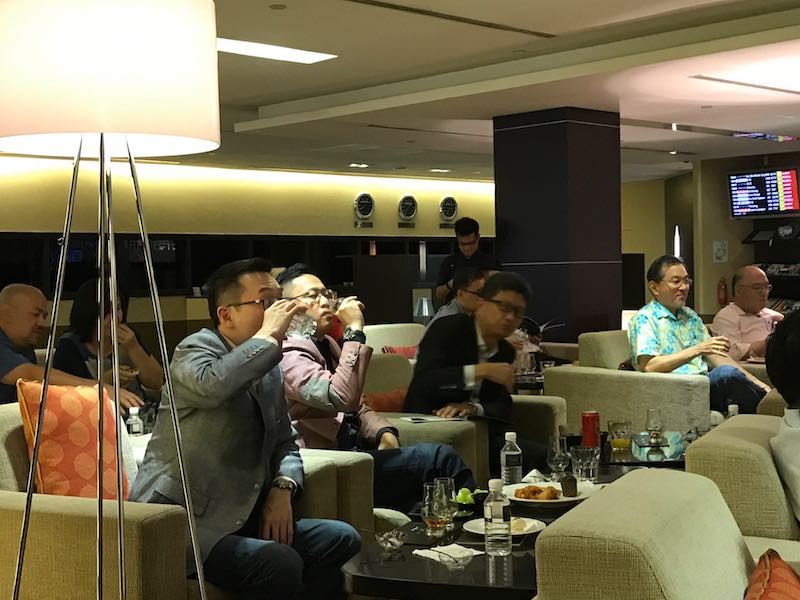 The crown jewel of the night – King Alexander III was served right after the short but insightful information about the complexity of whisky. Guests were eager to try their new-found skills on the last dram of the night.

King Alexander III is the pride of The Dalmore’s Master Distiller, Mr Richard Paterson. Nicknamed as “The Nose”, it was said that he could smell anything in a dram of whisky! An interesting fact was “announced” by Benjamin – Mr Richard Paterson’s nose is insured for £2.6 million!

As Benjamin introduced Mr Richard Paterson to the guests, he also mentioned about his 50th-anniversary celebration in Singapore and the exclusive Dalmore 50 Years Old. The guests got so excited that they requested for a taste of this exquisite liquid. Alas for them, the beautiful liquid was not available that evening. Nevertheless, they were not disappointed with King Alexander III as Benjamin put them through the tasting process again. 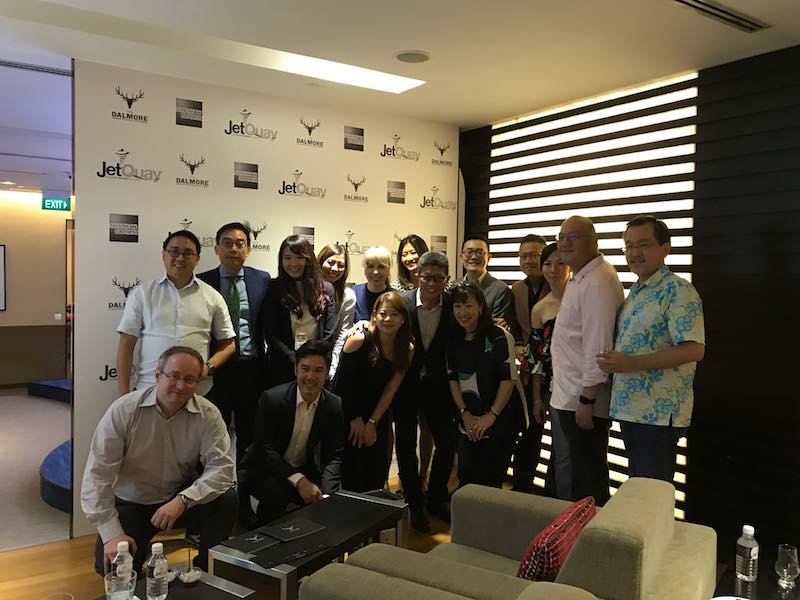 A group photo was taken right after the tasting session ended, and guests were invited to mingle with Benjamin and the rest of the staff.

WhiskyGeeks had the chance to mingle and speak with the guests as they lingered around in JetQuay after the event. We spoke to several guests, all of whom said it was a wonderful evening.

One particular enthusiastic guest, Mr Joel, commented, “Please tell The Dalmore that this was the best whisky tasting session that I had ever been to! Most of the other tasting sessions were conducted in uncomfortable chairs and freezing conditions. Tonight’s session was conducted with comfortable armchairs, food and wonderful whisky! I also liked the way Benjamin presented the history of The Dalmore. There was so much information that I could take away.”

Another participant, Mr Steven, said that he is not a whisky drinker. However, his son is an avid supporter of whisky, so he helped his son to collect some of them. He mentioned that he had never heard about The Dalmore before, but now that he has, he would be trying more. Mr Steven bought 4 bottles that evening – the 12 YO, 15 YO, 18 YO and King Alexander III.

We also spoke to Mr Larry, who is an avid fan of The Glenlivet. He prefers older aged whiskies and dislikes peaty ones. He has not tried The Dalmore before, as he prefers to stick with what he likes. However, he likes the King Alexander III and showed his support by buying a bottle home. He also said, “The Dalmore is pretty sweet and is something that I like. I will be trying The Dalmore more often in the future!”

Before the guests left for the evening, WhiskyGeeks managed to catch hold of Dr Jimmy just as he was filling in his purchase form. He is a regular Dalmore drinker, having tried not just the 4 bottles offered that evening, but also The Dalmore Cigar Malt. Dr Jimmy was delighted as he said that the presentation helped him to understand The Dalmore better as a brand and also as a drink. He bought a bottle of the 18 YO. “It is my favourite expression. I am buying yet another bottle even though I already have more than one at home.” He quipped, laughing as he filled in his credit card details for the purchase. 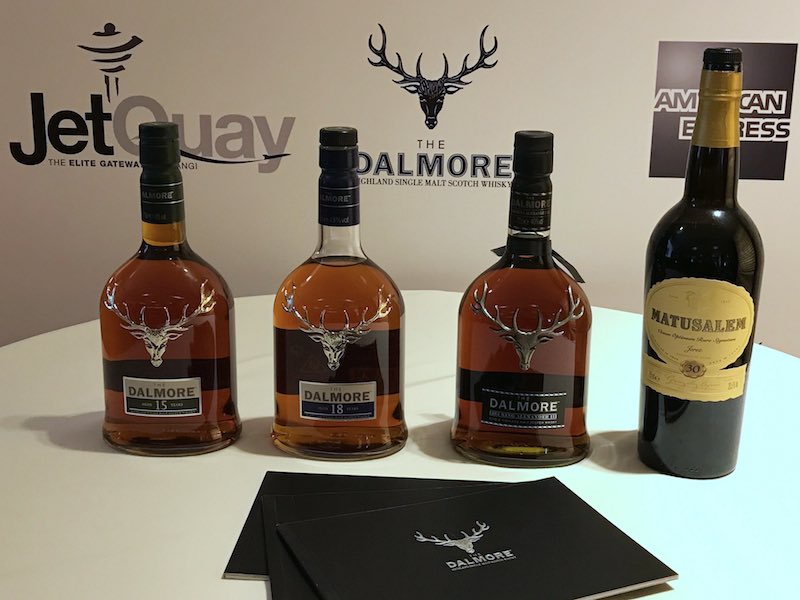 It was indeed a wonderful evening filled with laughter, enjoyment and a transfer of knowledge from Benjamin to the invited guests. We certainly hope that The Dalmore will host more events in the future to share their wonderful liquid gold with more whisky drinkers in Singapore.

More About The Dalmore

For over 100 years, The Dalmore has continued to realise Sir Alexander’s dream by creating an unbroken chain of exceptional whisky through their whisky makers. Mr Richard Paterson, their current Master Distiller, is one of them. For nearly 50 years, he is the Master Distiller at The Dalmore, creating luxurious and much-coveted whiskies for the community. He is the man who, together with The Dalmore, created a category of super luxury single malt, that continues to impress the world up till today. 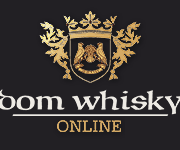 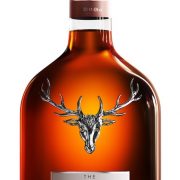 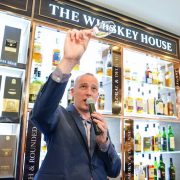 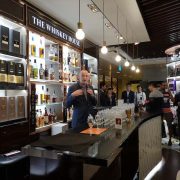 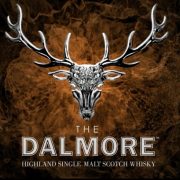 History of The Dalmore 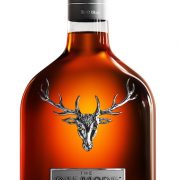 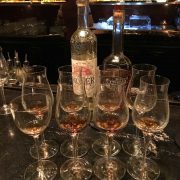