Bruichladdich has an excellent series of whiskies named Black Art. Starting from Black Art 1.1, the series is as mysterious as the dark arts (hence the name)! As we go through the series, we arrived at Black Art 6.1 – the second Black Art series that new head distiller, Adam created.

There was a Masterclass for the Black Art 6.1 during Whisky Live, where participants get to drink the whisky before anyone else does! However, the real media launch of this mysterious dram happened on 21 Nov 2018, at Jigger and Pony. 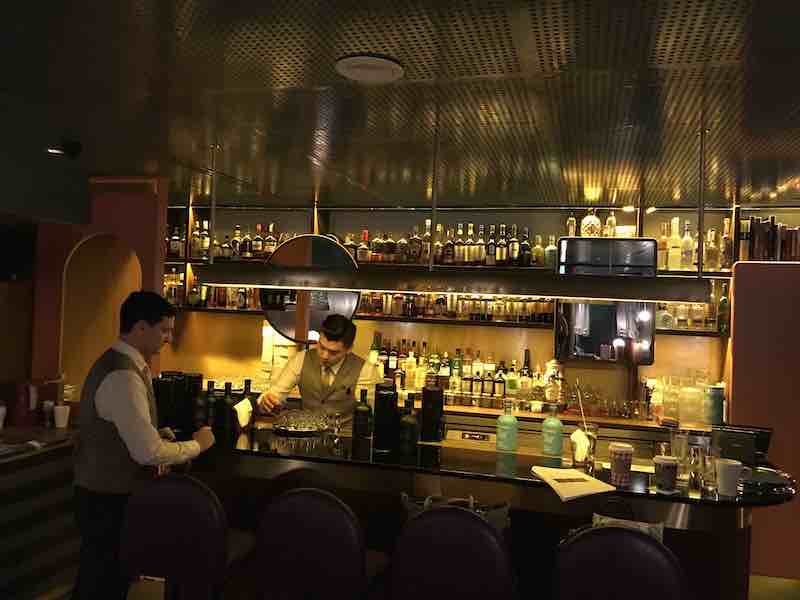 It was a grand tasting at Jigger and Pony considering how lovely the bar is. Bruichladdich has a small set up near the bar for about 15 pax, and we can all sit comfortably with our drams. The bottles were set up at the bar area (see above), and we even get a delicious dram of Classic Laddie before we start! Well, they offered a highball, but Chloe poured me a large dram of Classic Laddie after she knew that I had a long day ahead and did not want to mix my drinks!

A Tasting of Black Arts

As usual, Chloe waxed lyrical about Bruichladdich and what the distillery has achieved so far. She knew that most of us probably could repeat what she said since we have been to various media launch, and hence, gave us something new to be excited about besides the whiskies. 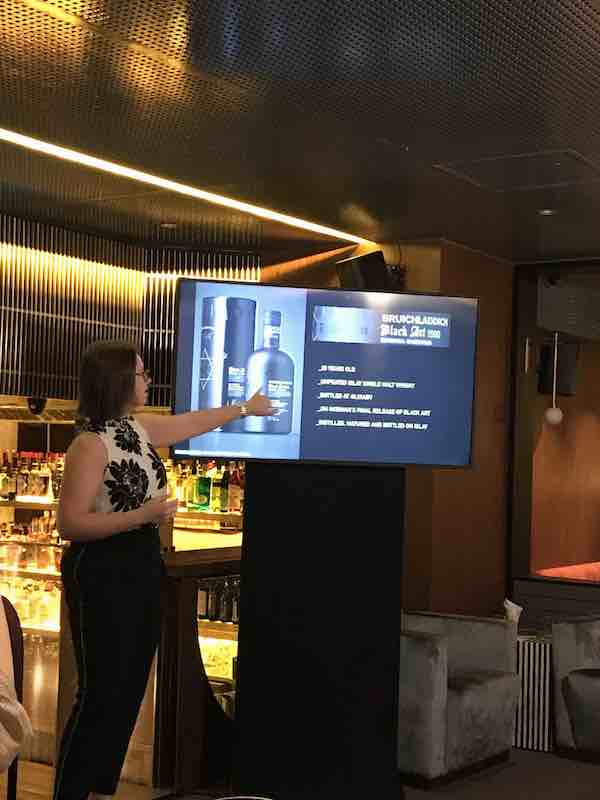 Chloe revealed that Bruichladdich is building new warehouses, and it is currently the most significant construction on Islay! If you are heading that way, remember to visit Bruichladdich Distillery!

Review of the Black Art 6.1 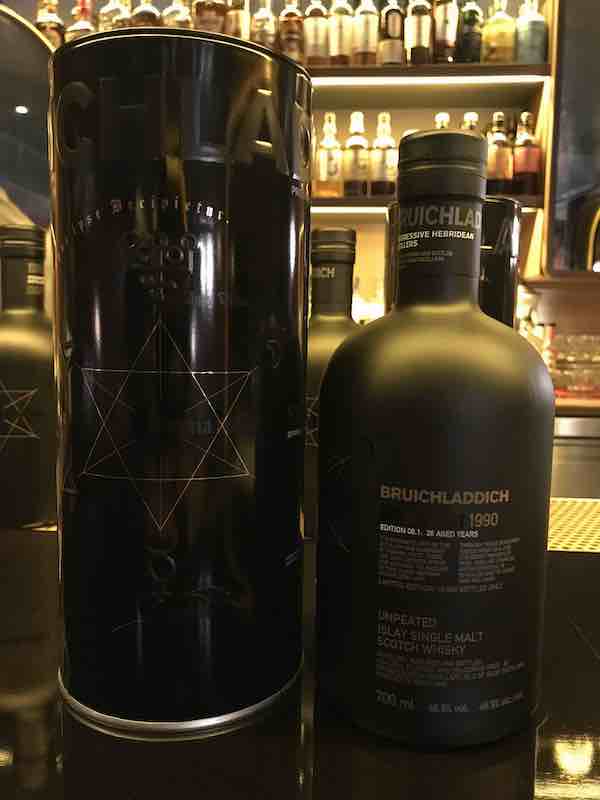 Nose: The initial nose is full of mellow toffee, honey, vanilla, cereal, nuts and chocolates, coming in layers by layers. There is a hint of spice hiding behind the sweet nose.

Palate: I get toffee, nuts, chocolates and honey with my first sip. The oily mouthfeel is silky and makes the whisky very approachable. The second sip gets me all the above, in deeper concentration. It also brings out a gentle ginger spice that I did not get on the first sip. Delicious!!

Finish: 6.1 has a long and floral finish, with nuts and gentle ginger spice along the back of the throat.

Compared to the 5.1, Black Art 6.1 is richer and has strong flavours. I prefer this to the 5.1 as I like the richer notes to it. There may be hints of sherry notes as well, but too faint to catch it properly.

It is yet another great whisky from Bruichladdich, so grab your bottle before it is gone!! I understand from Chloe that it is retailing at all major stores in Singapore, so ask, or regret forever! 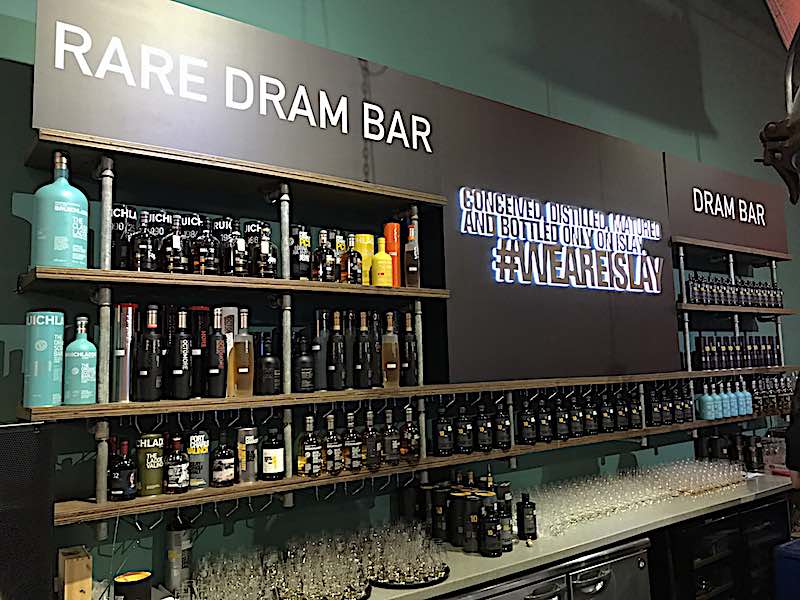 The night was filled with wondrous music, joyful laughter and friendly banter as everyone gathered at Cargo39 for an evening of Bruichladdich, Port Charlotte and Octomore. A trade and media session was over earlier in the day and the evening was solely for the consumers by invite only. We went to the consumer session partly because of Bruichladdich’s lovely thoughtfulness of putting us together with our friends.

We arrived shortly before 7 pm, and after a little trouble, managed to find the venue. The first thing that caught our attention was the Rare Dram Bar. If you have taken a good look at our pictures, you would have seen a bottle of the Yellow Submarine Edition 3, as well as a bottle of OBA (Octomore Black Art). Coveted drams as such do not come by easily, and what’s more, at an event such as this! There were also bottles of the Rare Casks and a couple of Valinch bottles that we were keen to try.

Well, I digress. The event was not for the Yellow Submarine or the OBA, but for the long-awaited launch of the Port Charlotte (PC) 10. While some people stated that this is a relaunch for PC, I say that it is a launch. Port Charlotte gets a rebrand for the entry level bottle from the PC Scottish Barley to the PC10.

The PC10 launch was a vastly different style from Bruichladdich usual launch party. Considering the bigger space at Cargo39, there was room for food, cocktails (with The Botanist) and games! It was also the first event hosted by Bruichladdich that mirrored the Islay Festival – Feis Ile! Music and malt always go well together, and the successful event on 21 Sep proved that it worked wonderfully in Singapore too!

The best part of the event was the appearance of Adam Hannett, live from Islay! 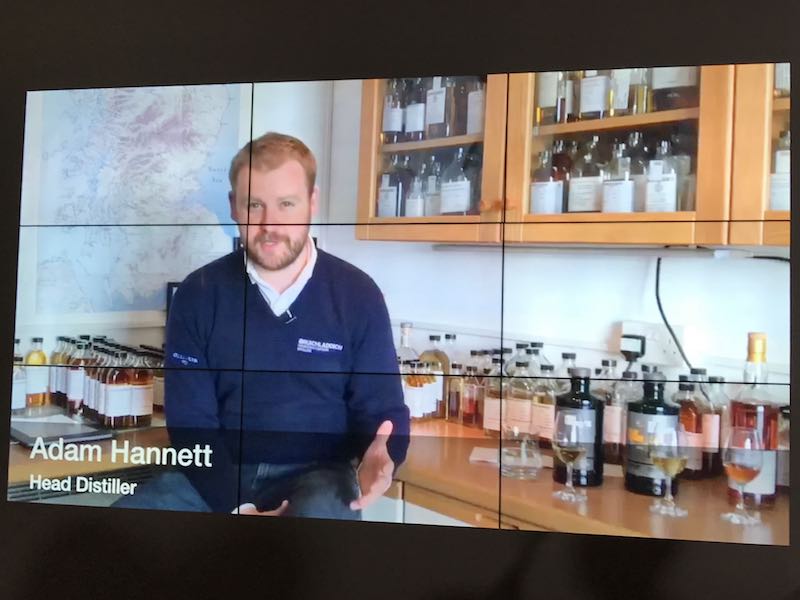 The event kicked off with Chloe Wood (Bruichladdich APAC Brand Ambassador) introducing the brand and announcing Adam’s role for the evening. After that, Adam took us through four different expressions during the tasting. The first on the line was, of course, the PC10. After that, we had the PC Islay Barley, MRC:01 and finally the MC:01.

For the record, I love the PC10 so much that I bought a bottle home to enjoy. However, I will not do any form of whisky review for the drams that we had that night, mainly because I hope that you will be encouraged to try it without knowing what to expect. Please try not to read any reviews before trying, because you will be pleasantly surprised at what you will get when you try it without expectations.

The experience with Adam leading the tasting was exciting, but a little rushed. The key factor probably remained at the fact that the serving for the whisky was slow. Quite a fair number of people did not get the last dram (including us) until after the tasting was over. The crowd was also too excited and we couldn’t hear Adam clearly. Quite a number of “shhh!” needed to be given! Haha! Nonetheless, we enjoyed our drams and that was all that matter!

The tasting was not the only thing that excited us that night. We headed to the Rare Dram Bar straight after we enjoyed the four drams. The idea was to purchase rare dram coupons and exchange them for drams at the bar. We zero in on the drams we wanted…

I must say that our favourites are the two bottles in the middle – The Bruichladdich Organic 2009 and The Distillery Valinch Bourbon Virgin Oak Cask 2004.

The event was Whisky Festival style, so naturally, I should not linger on the whiskies only. The band of the night was fantastic! I heard that Chloe found the band and they are named Craic Horse! An interesting name with awesome music is what I would call the band! 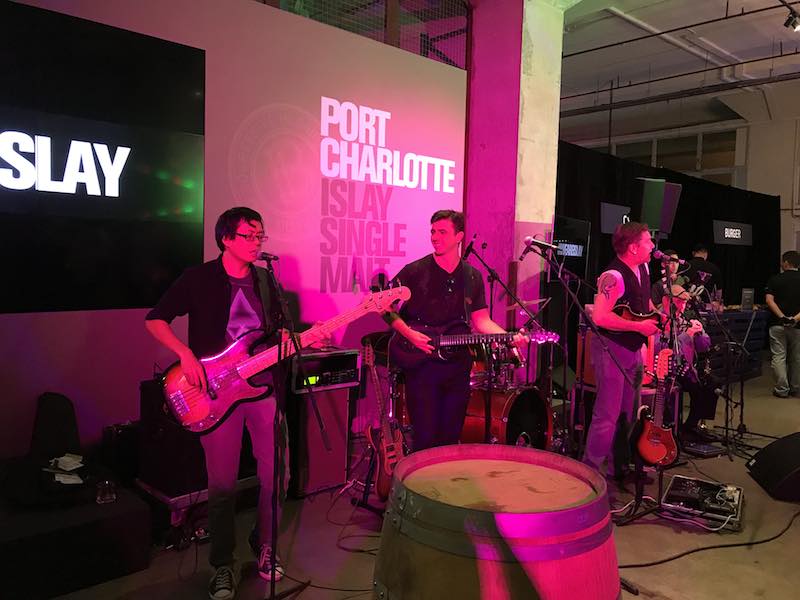 The band is based in Singapore and it is a group of talented musicians made up of Singapore’s established traditional Celtic musicians, rock and indie artists to create a “folk-rock-punk-funk hybrid”.

There was also food from various partners such as the Cheese Ark, and game stations hosted by industry friends such as Brendan Pillai from The Single Cask and Sarah Thallon from the Vagabond Club!

We had an amazing time at the party! Port Charlotte was reborn on 21 Sep in Singapore and it came with a loud bang! Congratulations to Bruichladdich Distillery and we look forward to the launch of Black Art 6.1 at Whisky Live Singapore 2018!