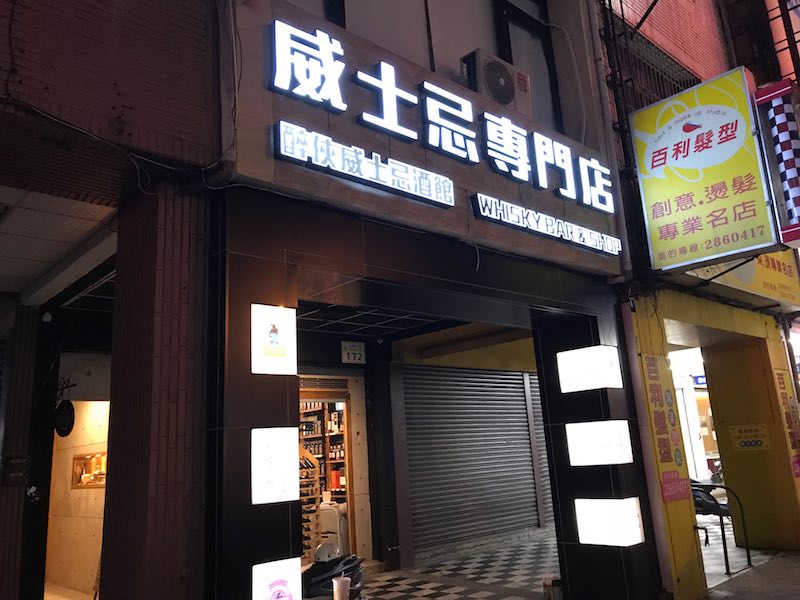 The Shop Front of TDM

Our trip to Taiwan in early December had been a fruitful one. Besides attending WhiskyFair TAKAO, we also had the chance to visit The Drunken Master Whisky Bar in Kaohsiung. It is a charming little bar with a shop front and a side door to slip into the bar behind the shop. Hidden in the middle of a row of shops, it is easy to miss this lovely bar if you are in a taxi.
The Drunken Master (TDM) belongs to Mr Li Chunfeng, a young but passionate whisky lover. This bar is also relatively new – the official operation period is about a year. There were two reasons why we went to TDM. 1) We heard excellent reviews from our friends in Singapore and 2) we found out that he is the organiser of the Whiskyfair TAKAO. It was a coincidence that we found out because we messaged Mr Li via Facebook Messenger to find out how to go to his bar. A little chat later, we discovered that he was the man behind Whiskyfair TAKAO. So, it became a must for us to visit TDM.

The First Visit to TDM

We arrived Kaohsiung on Friday morning, 1st December, and after checking in to our hotel, we rested a while before heading out to seek some good food and shopping. In the evening, we took a cab to TDM. Our driver almost missed the bar because it was such a well-hidden gem but we arrived there alright. The scene that greeted us when we opened the door of the bar was what we’d call organised chaos!
People were everything in the tiny bar! Nonetheless, we managed to get our seats from a kind gentleman from Japan who shifted his place to let us have our space. Wow…we were soaked into the jolly atmosphere immediately, even when we knew nobody in that bar! It was only later that we realised that some of the most well-known names in the whisky industry were squeezed in the bar that night! 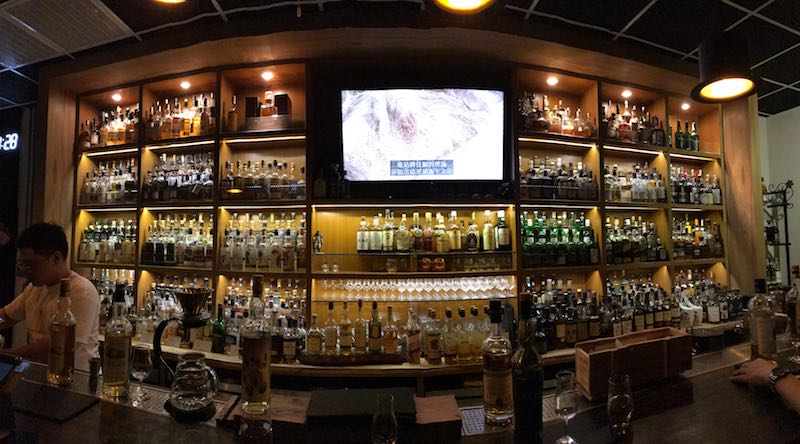 We were lucky to be seated in the middle of the bar that evening, right where the TV was. Our inquires for Mr Li did not go unnoticed by many in the bar, and soon we drew a curious group of people who came to chat with us. We found new friends from Taiwan who were regulars of the bar. Then, there were friends from Hong Kong, Japan, Germany, Rotterdam and Singapore! Our Singapore friends were none other than the owners of The Writing Club, a bespoke new whisky bar in the Orchard area! Toru Suzuki-san, the owner of The Mash Tun Tokyo, was also amongst the esteemed guests of the bar that night. We spoke to him briefly, and he invited us to his bar! We must save more dough for a visit to Japan again!

The Whiskies We Had

We are sure that you probably are more interested in what we had that night and what we’ll recommend if you visit the bar yourself. Here’s the stuff we drank – in pictures! 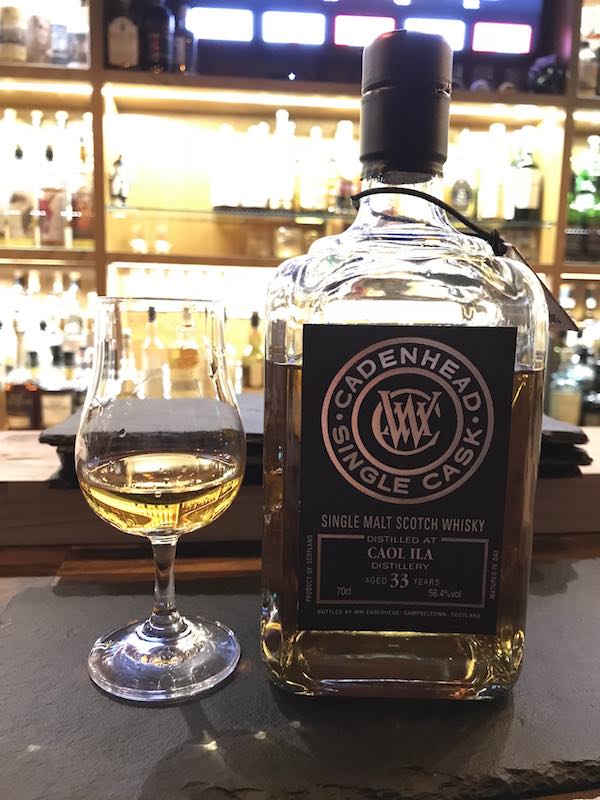 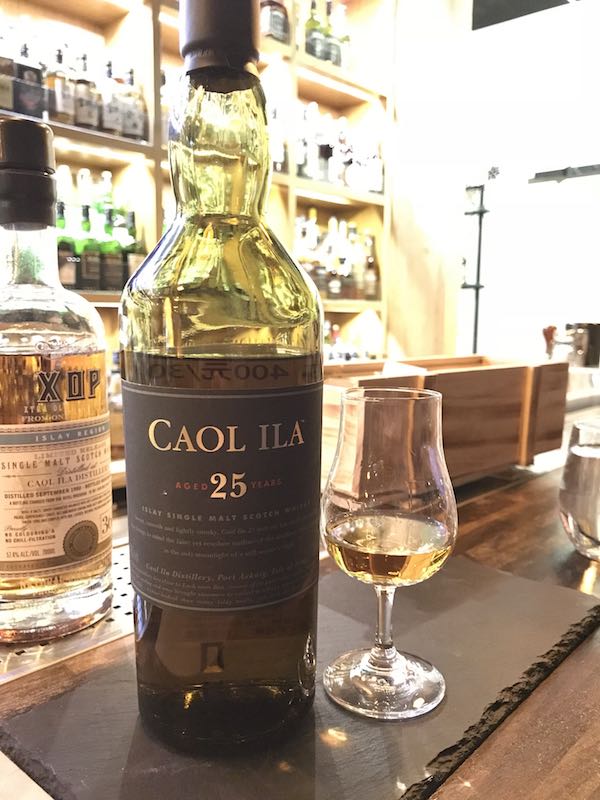 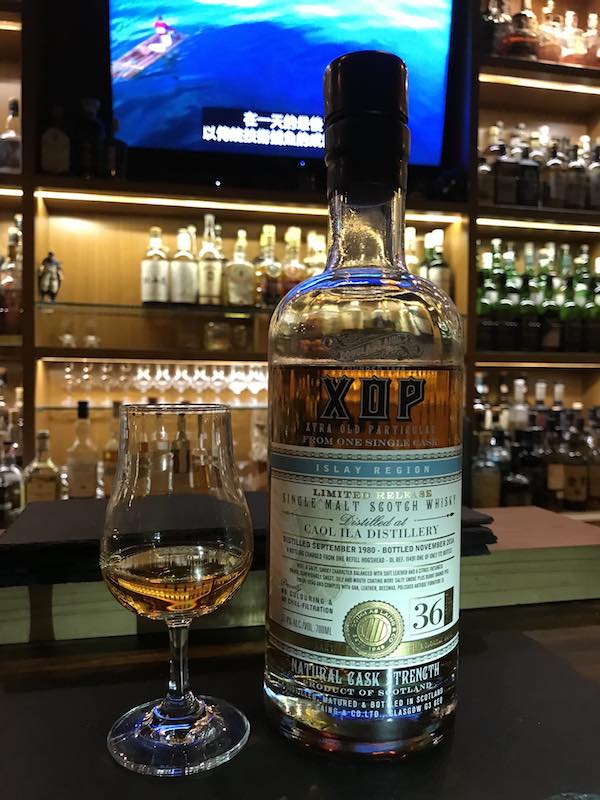 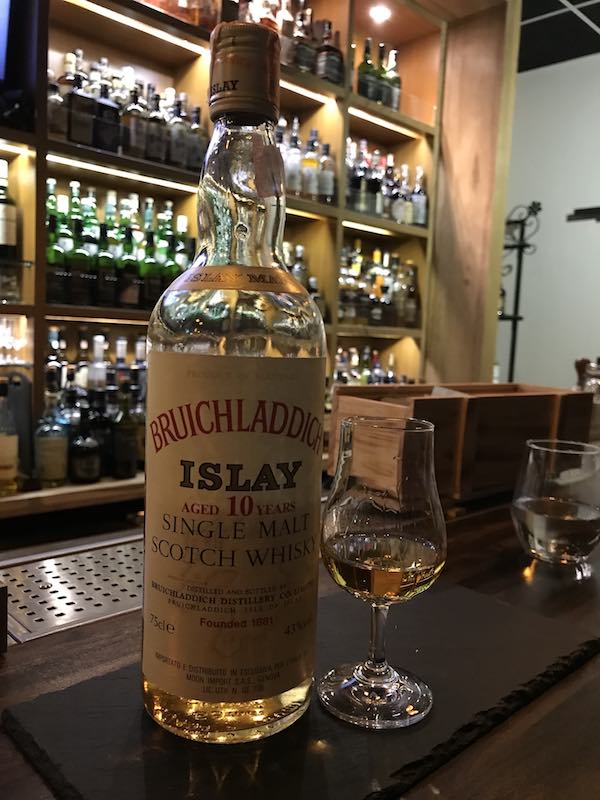 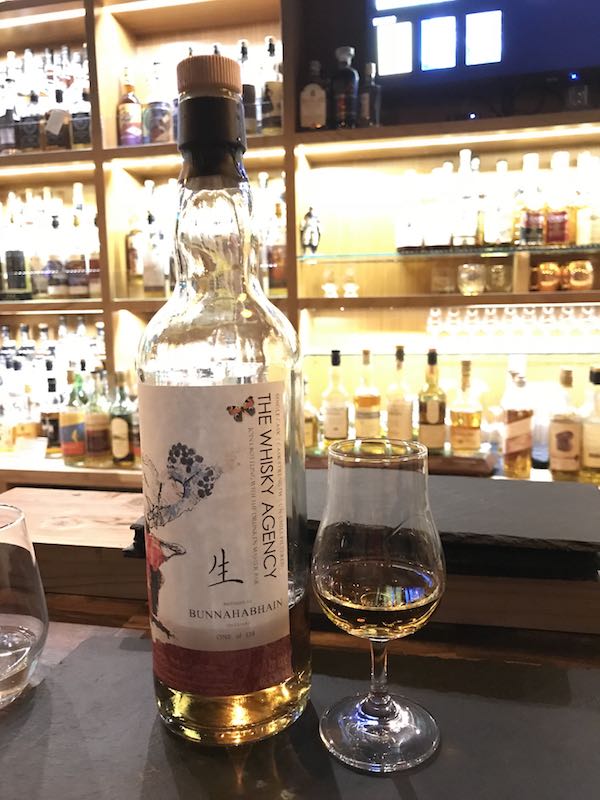 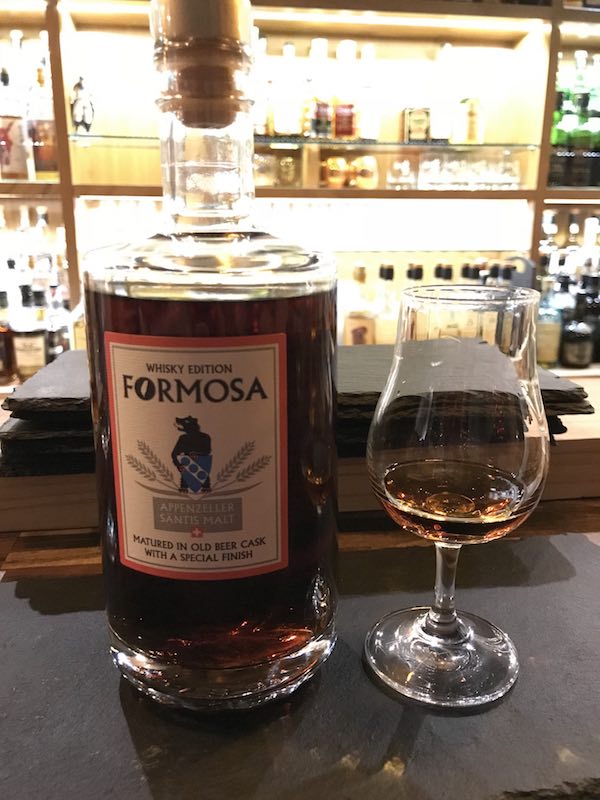 Due to the chaos in the bar and how shorthanded they were (only one poor guy was behind the bar at first), we waited quite long in between drinks. As Geek Flora is a fan of Caol Ila, we had a few bottles of Caol Ila for comparison. Both Geek Choc and Flora concluded that the XOP Caol Ila 36 Years Old was the best out of the three! Well, it could be due to age, or it could be due to the IB doing an excellent job in choosing the cask! Whatever the reason, if you are a fan of Caol Ila, all three bottles are worth trying to form your conclusion.
Now, we want to draw your attention to both the Bruichladdich 10 Years Old and the Santis Malt Pinot Noir.

The Bruichladdich 10 Years Old is an OB from 1980. When we had the first sip, it was notably different from The Classic Laddie. While The Classic Laddie has a honeyed palate, this one took on a slightly savoury, meaty taste, almost like honeyed ham. The oily mouthfeel helped to make this dram meatier. While it was a somewhat singular dram, it was excellent!

The Santis Malt from Switzerland was a surprise. It was a treat on the house by Mr Li. This is one of their oldest whiskies so far – a 14 Years Old. Matured in old beer casks, this 14 years old whisky was finished in a pinot noir cask. The nose, palate and finish of this dram were consistent, reminding us of an aged brandy, and sweet red berries juice. The balance is almost next to perfection!

We would encourage you to drop by TDM whisky bar the next time that you are in Kaohsiung. You are sure to find rare gems in this little bespoke bar that draws in well-known whisky experts from around the world! If you happen to drop by, do remember to mention WhiskyGeeks to Mr Li Chunfeng!

Back to the hotel

Time flew by, and before we knew it, it was after midnight. We bid goodbye to Mr Li and his fantastic crew at the bar and headed back to the hotel in a taxi. Before we left, we received more than a couple of invites from our new friends in Japan and Hong Kong to visit them when we can. It was indeed an exciting night and one that we will not be forgetting so soon.