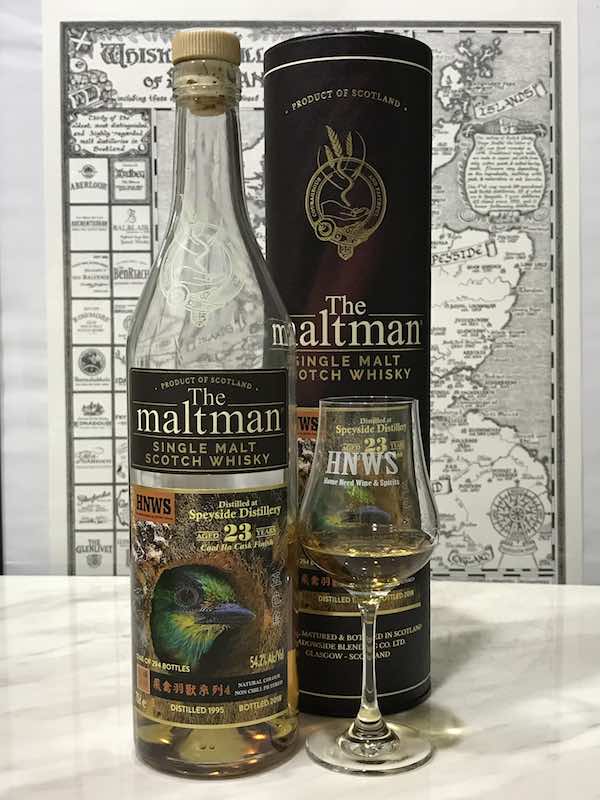 Did you know that there is a whisky shop in Taiwan called HNWS? The owner is a veteran in the whisky industry with more than 15 years of experience. Besides running a whisky shop, he is also an independent bottler using his brand of HNWS. Over the years, HNWS gains the reputation of an excellent independent bottler and consumers in Taiwan, and Hong Kong are always excited whenever the brand launches something new.

We are also equally excited when we get to try one of their latest bottlings – a Speyside (distillery) 1995 finished in a Caol Ila Cask. Its unique positioning as a whisky from Speyside and getting a finish in an Islay cask got us all curious. In case some of you are confused, this bottle comes from the Speyside distillery, and not just from the Speyside region. The distillery is one of the most beautiful in the area and makes one feel like walking into a fairytale.

Nose: Vanilla custard, sweet berries and gentle peat surround the nose immediately. Then a light spice, almost wasabi-like, wafts up to the nose! After that, there are light green apple and citrusy notes behind, swirling around. With water, the gentle peat becomes more prominent, and notes of unripe bananas join the rest, mingling harmoniously.

Palate: The mouthfeel is very oily, and spice engulfs the palate for a while before it mellows into soft sweetness. Light vanilla ice cream, green apples, citrus notes and a little coastal brine appear at the back of the palate. With water, the spice mellows out beautifully, and slight peat becomes obvious. Vanilla notes engulf the whole palate, and then the coastal brine comes back to the forefront.

Finish: Long finish with drying, sweet oakiness and slight spice. The dryness lengthens the finish and makes it very tasty when the gentle peat turns up at the end of it all. With water, the finish is softer and less drying. More sweetness appears in the finish, and a lingering light spice concludes the dram exceptionally.

Body: It is a balanced dram with interesting notes from both Speyside and Islay influence. While the Caol Ila cask did not extend a massive impact, the light citrusy notes and peat do wonder to add layers of complexity to the dram.

Geek Flora: “I did not score the review because we are selling this bottle. It is, however, sold out and can only be savoured by attending our tasting events that are coming up!”

Geek Choc: “I think this is quite an exciting dram for me. Do try it if you can.” 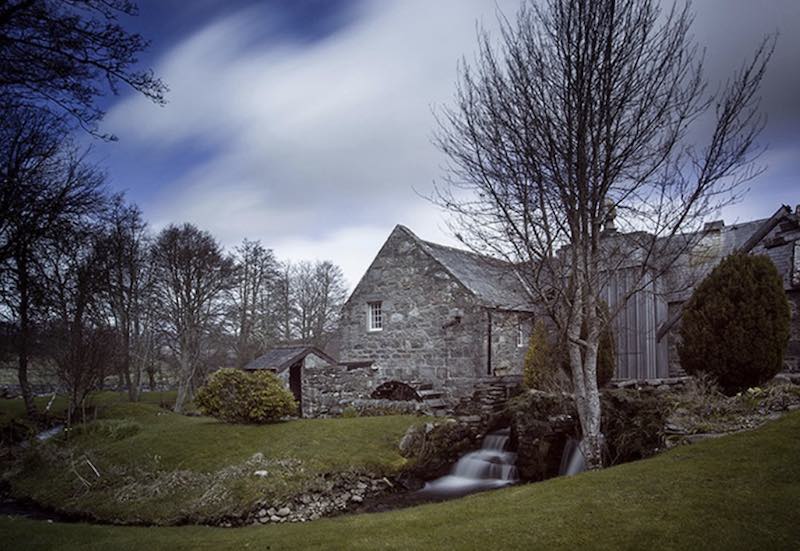 Everyone knows that Speyside is part of the Highlands in Scotland. The region boasts of many beautiful distilleries and whiskies that many would pay an arm and a leg (or maybe a kidney) to buy them. However, there is one distillery, which despite its name, is often overlooked.

The Speyside Distillery is an underrated distillery located at Speyside, cuddling the magnificent Cairngorm Mountains. For those who know the land, it is probably one of the most picturesque distilleries in Scotland. The site that the distillery stands on today was once a barley mill and croft in the 1700s. It closed in 1965.

The beginning of the Speyside Distillery

The story began in 1770 when John and Robert Harvey founded Yorker Distillery. After which, they also built Dundashill and Bruichladdich Distillery over the years. Their experiences over the years led to the birth of the Harvey’s Codex in 1856. It was a family-only secret which detailed the art of malting and distilling, as well as the methods in choosing the source of Highland water and the type of casks. The family called their whisky “Harvey’s”.

Lord Byron was a supporter of the Harvey brothers, and in 1815, he gifted a cask of Harvey’s single malt whisky to King George III when he married the daughter of Seaham Hall’s owner, Lady Annabelle Milbanke. A recent tracing of this cask to Kew Palace puts new evidence that Speyside Distillery had a royal connection in the past under its old brand name.

The glorious history, however, came to a sad ending. The Harvey brothers were forced to relinquish their distillery in 1906 and focused on trading whisky made by their friends using the Harvey’s Codex. The industrial brothers did not give up. Instead, the focus on trading whisky helped them to control the quality of their whisky as well as creating a luxurious packaging. The whisky became well-known as Spey. These paid off during the Prohibition Years.

The Harvey Brothers during the Prohibition Years

Spey as a brand was sought after in the US black market during the Prohibition Years. Famous underground names approached the Harveys to export their whiskies from Seaham Hall (where they stored the whisky) into the US black market. Alec Harvey (son of John Harvey), worked with criminal minds such as Al Capone and George Remus during those dark years and reaped a lot of rewards financially. Belle Livingstone of Country Club and Owey Madden of Cotton Club were their esteemed customers too.

The Spey brand became the illegal secret that could not be named. Cotton Club and Country Club both ran membership-only clubs offering luxurious evenings of pleasure that included Spey.

When Prohibition ended, whisky became legal. The legend of Spey lost its illegal secret status but continued to be popular among the rich and powerful. However, the whisky supply dwindled and eventually ran out.

The Turning Wheels of the Modern Era

Alec Harvey’s daughter, Doreen, married John McDonough in 1955. Their first child, also named John, was born in 1956. As a child, John learned about his grandfather’s entrepreneurial journey and took an interest in both business and whisky trading. John Jnr. began a long career with Grand Metropolitan-International Distillers and Vintners and even relocated to Taiwan.

He worked hard to restore his family legacy as a distiller and brand master of Spey. His work in Taiwan inspired many industry players within the country, and they rallied behind him when he sought to relaunch the Spey brand.

The Relaunching of Spey and the Beginning of the Speyside Distillery

John Jnr. relaunched the Spey brand in Taiwan in 1990, with the support and help of his Taiwanese friends and colleagues. The group build the brand successfully into the No. three malt brand in Taiwan within a few short years. Finally, in 2012, John Jnr. revived his family legacy as distillers with his purchase of the Speyside Distillery Company Limited (SDCL) to operate the Speyside Distillery. The acquisition allows Spey whisky to go home finally and also helps to safeguard the supply of Spey for generations to come.

The Spey is known as one of the smoothest and most approachable malts amongst the Speyside region due to its light and delicate character. The variety within the range offers drinkers a choice between ages and styles. You can find the range of whiskies from the Speyside Distillery here.